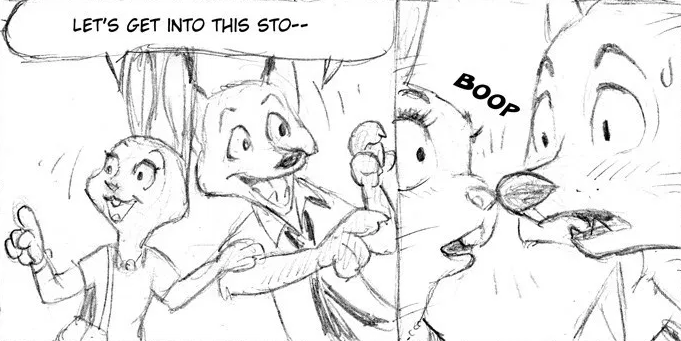 Borba.  What can be said about him that hasn’t been said before?

…Quite a bit, but that’s not the point.  With I Will Survive (which became an internet-wide meme) and Born to be Alive (which we decided not to feature), he earned himself something of a reputation.

Well, this is something very, very different from his two most recent comics.  It’s pencil sketches, rather than his usual elaborate inkwork.  It released quickly, with a page a day rather than taking weeks between pages.  And, above all else… it’s really, really good.

Yup.  This comic puts IWS in a whole new light, not in terms of content, but the context of the artist who made it.  An Afternoon at the Mall was actually written and sketched back in 2016.  However, Borba didn’t polish or publish it because he didn’t like it and lost interest.  As he puts it:

That’s it, a little comic with a few heartwarming moments and lots of talking heads that does nothing to add something new to Zootopia’s folklore. Just a boring, chattering story, with no real surprise or twist… and easy to forget. In short: this comic is a good example of how someone SHOULD NOT WRITE A COMIC.

We respectfully disagree with you there, Borba.  Not every story has to have earth-shattering twists or drama for the sake of drama.  Sometimes, the best stories are the ones where characters just be themselves, have a conversation, figure out something important to their lives.

You sacrificed the characters in exchange for drama and “what happens next???” suspense in IWS and BTBA, but just because a story doesn’t “add something new to Zootopia’s folklore” doesn’t mean it’s forgettable.  This story you wrote all those years ago proves it.  Because the characters are just being themselves in this story, and having the story unfold from that rather than the other way around, this story is far better.  And, hopefully, it will be remembered far more fondly than the other comics you’ve done… or at the very least not get memed to death.  You never know with the internet, though.

And to everyone who shirked away as soon as they saw the author’s name, I say: give this one a chance.  You’ll probably like it.

Check out An Afternoon at the Mall over on Borba’s Deviantart, or down below! 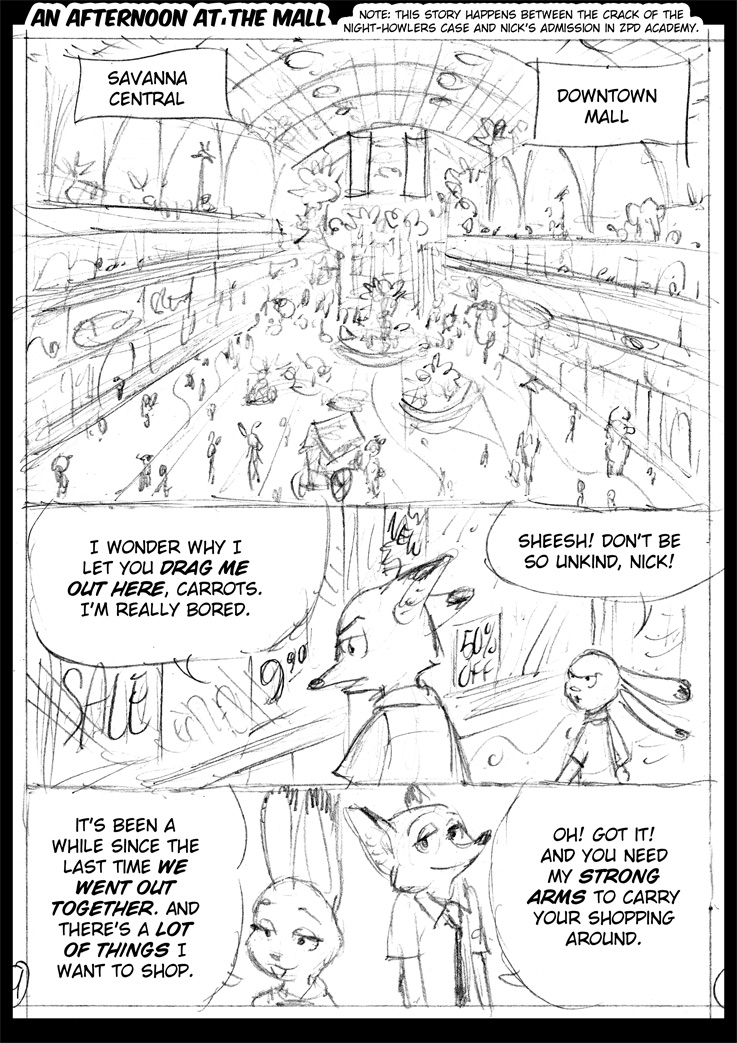 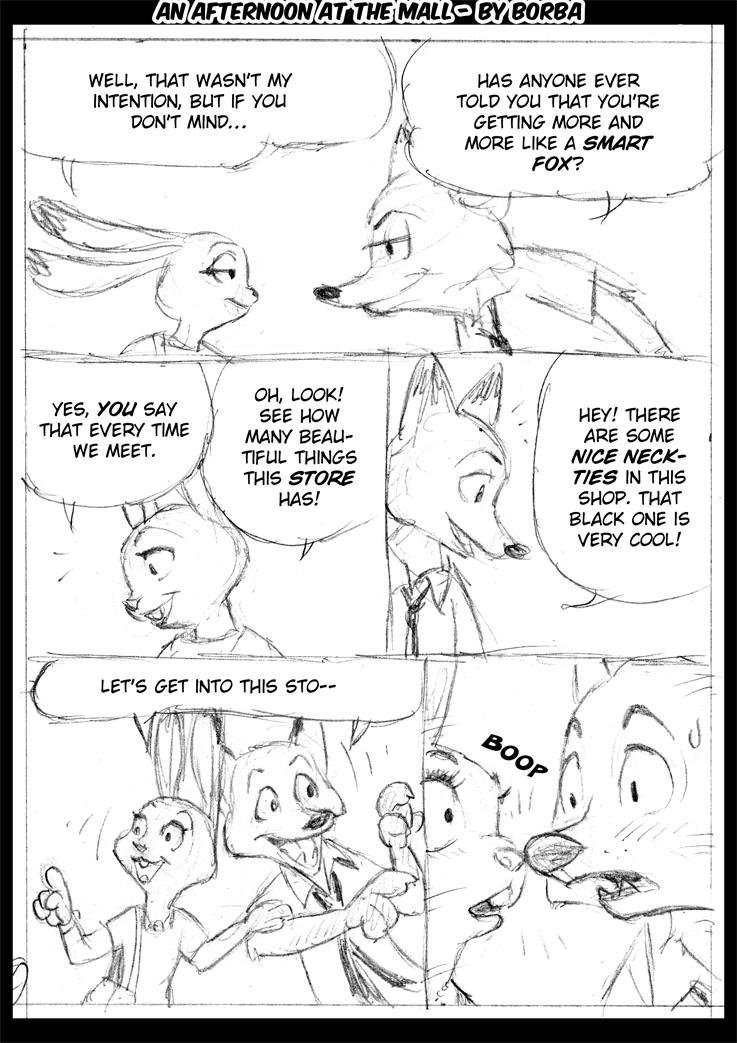 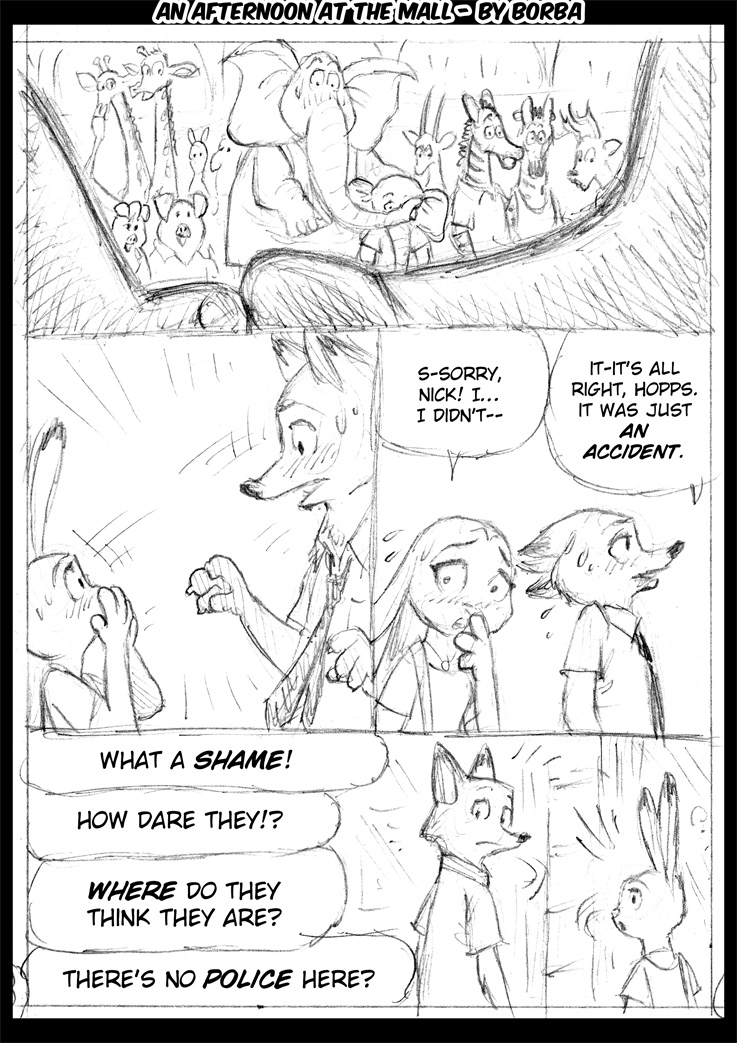 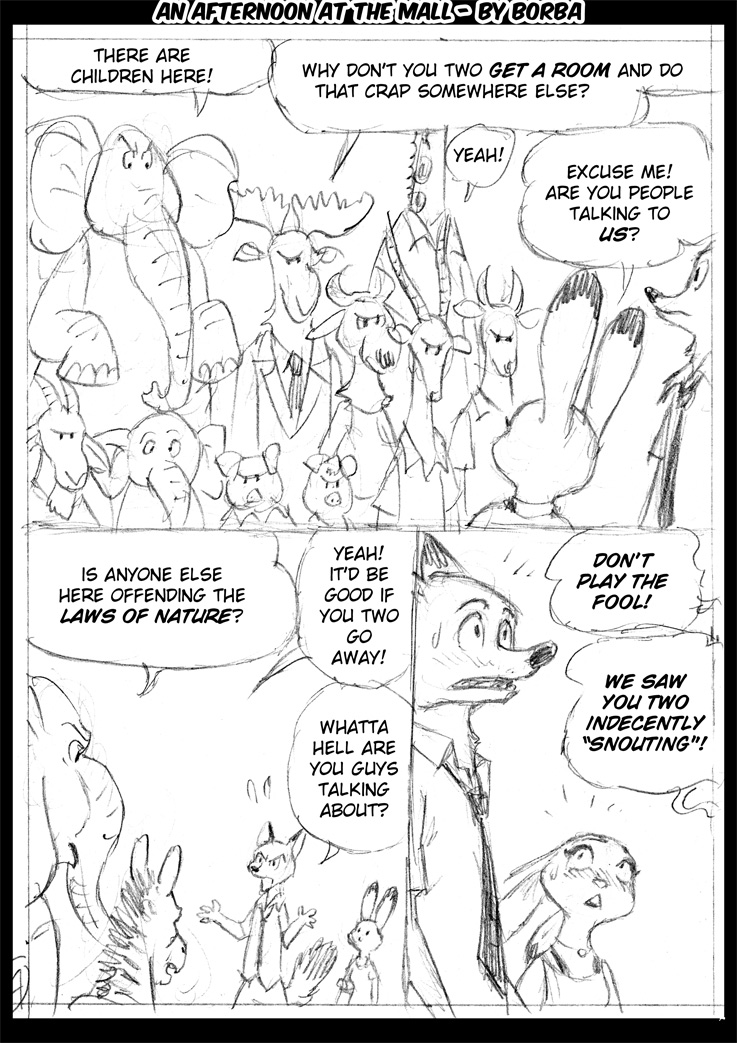 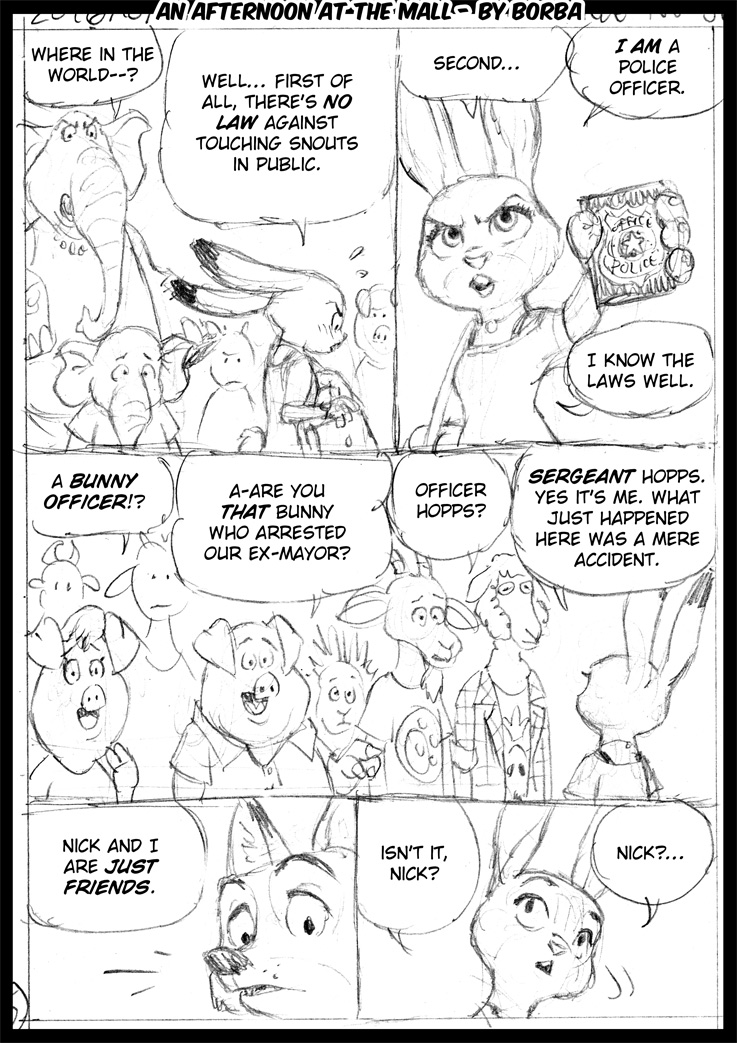 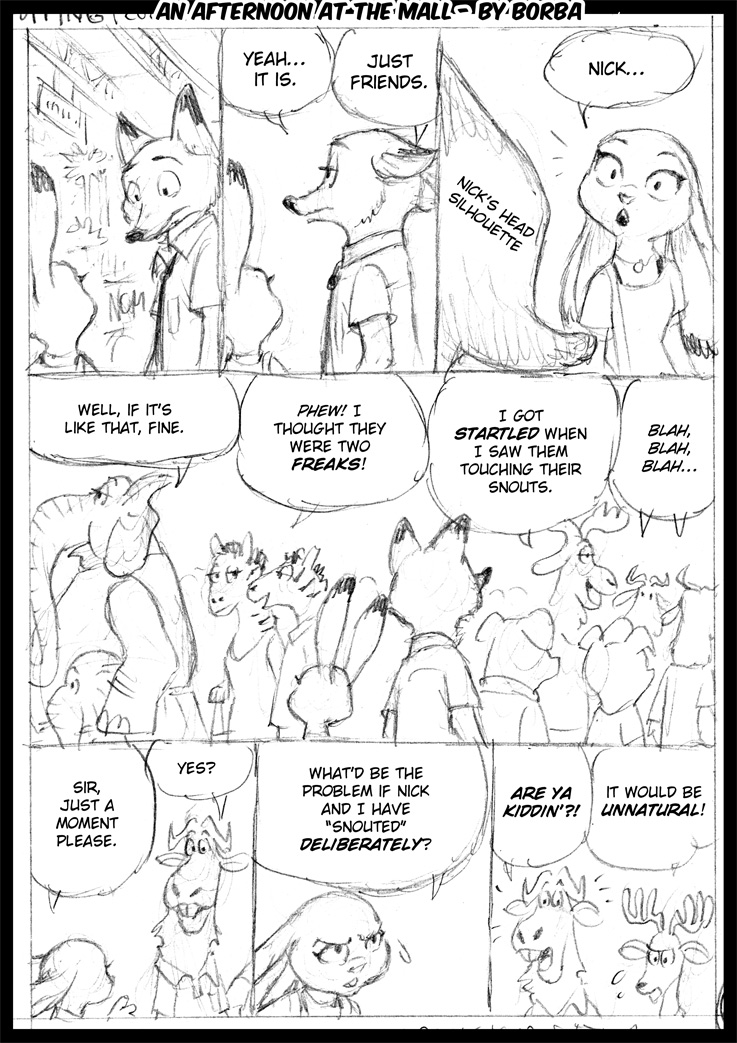 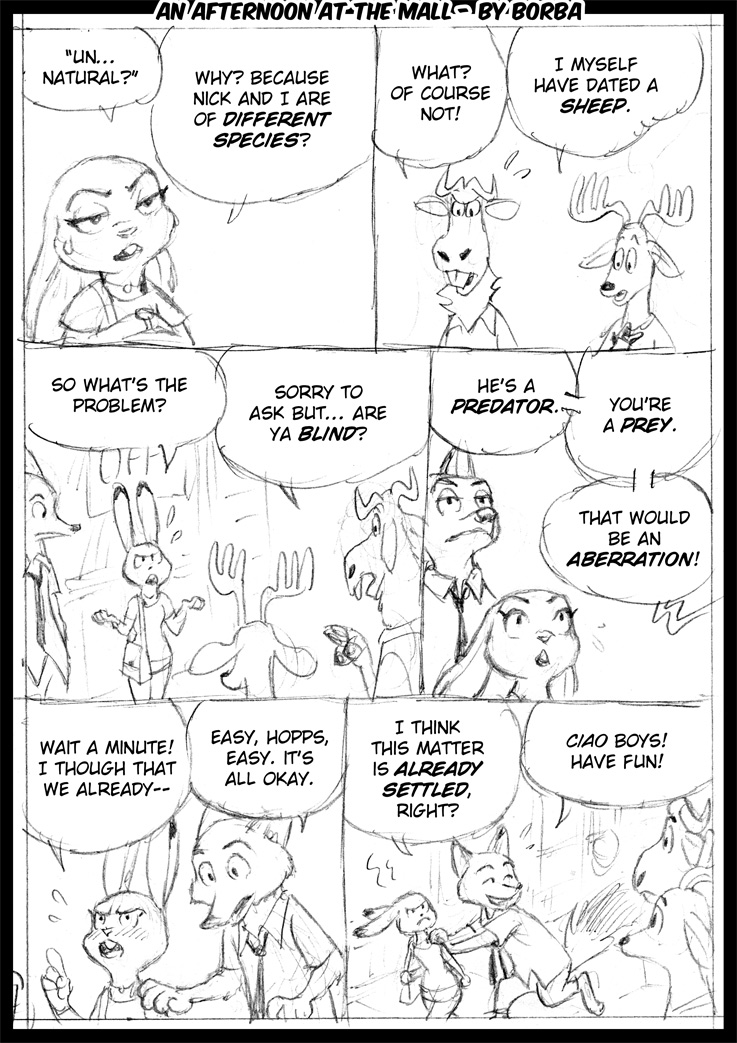 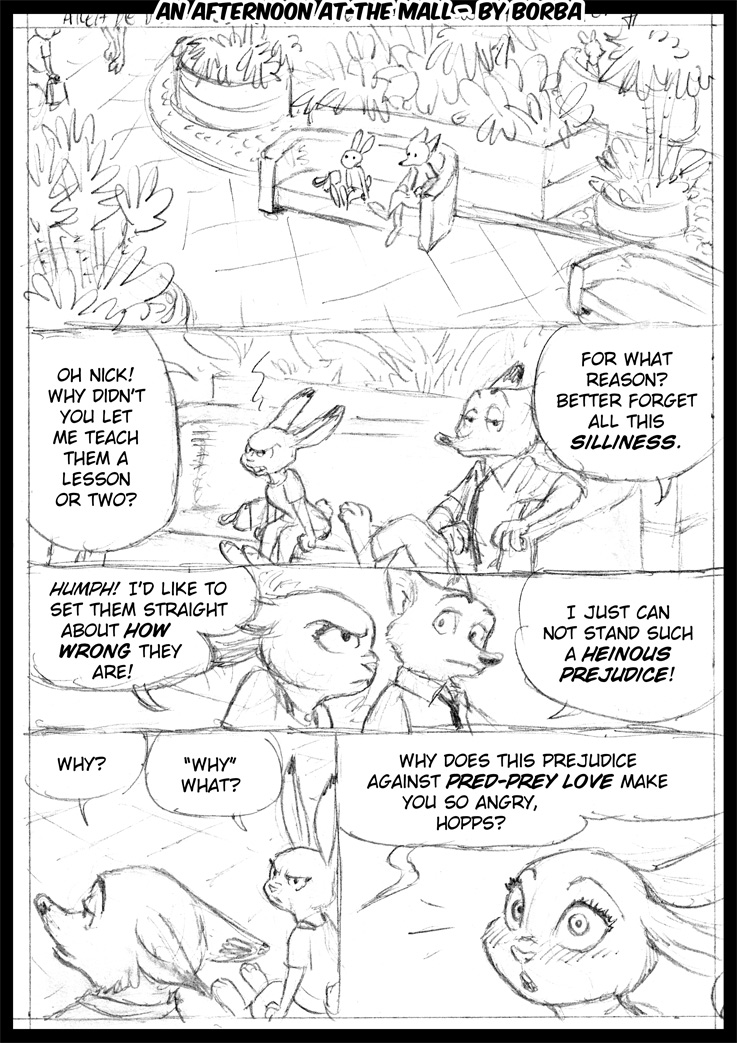 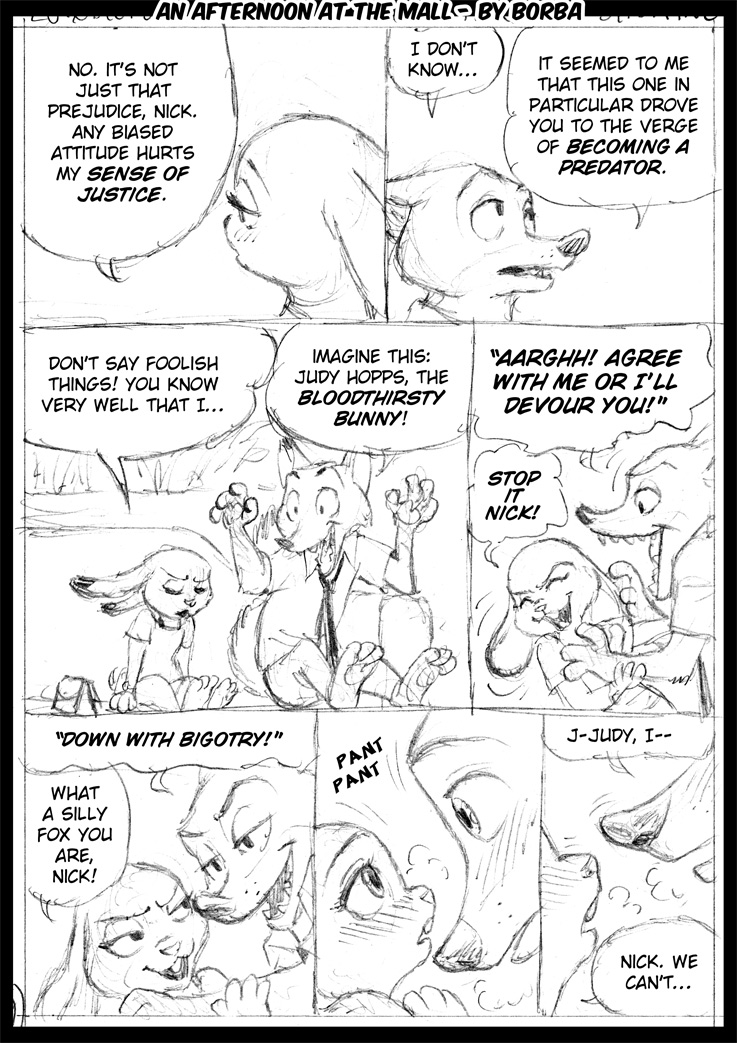 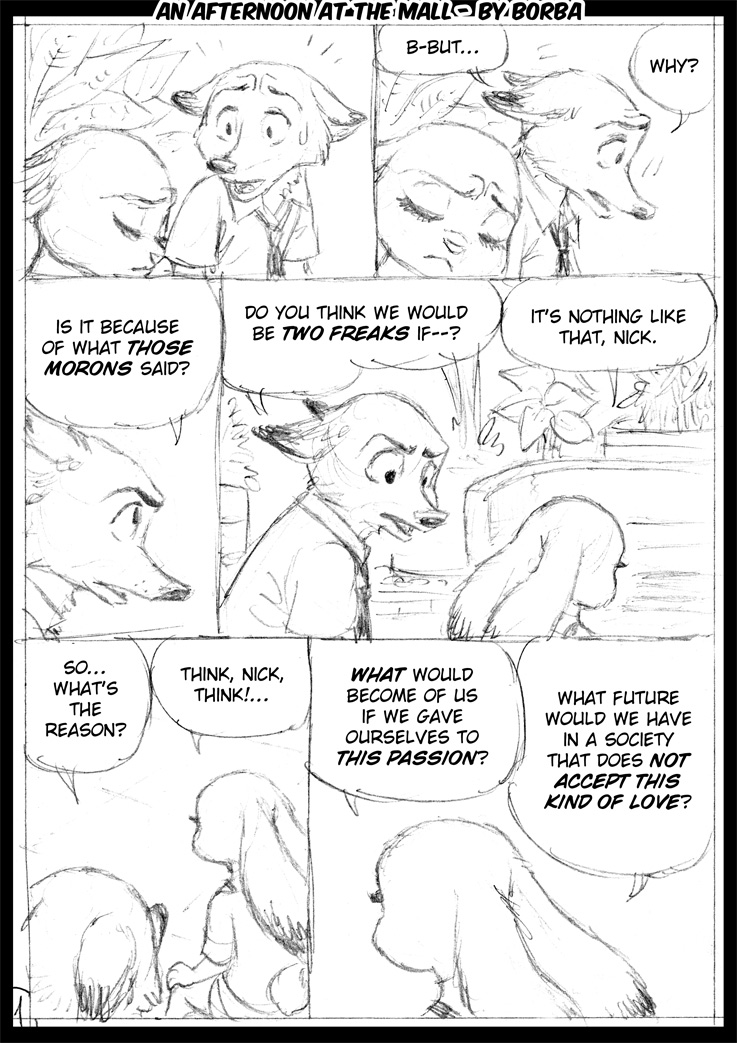 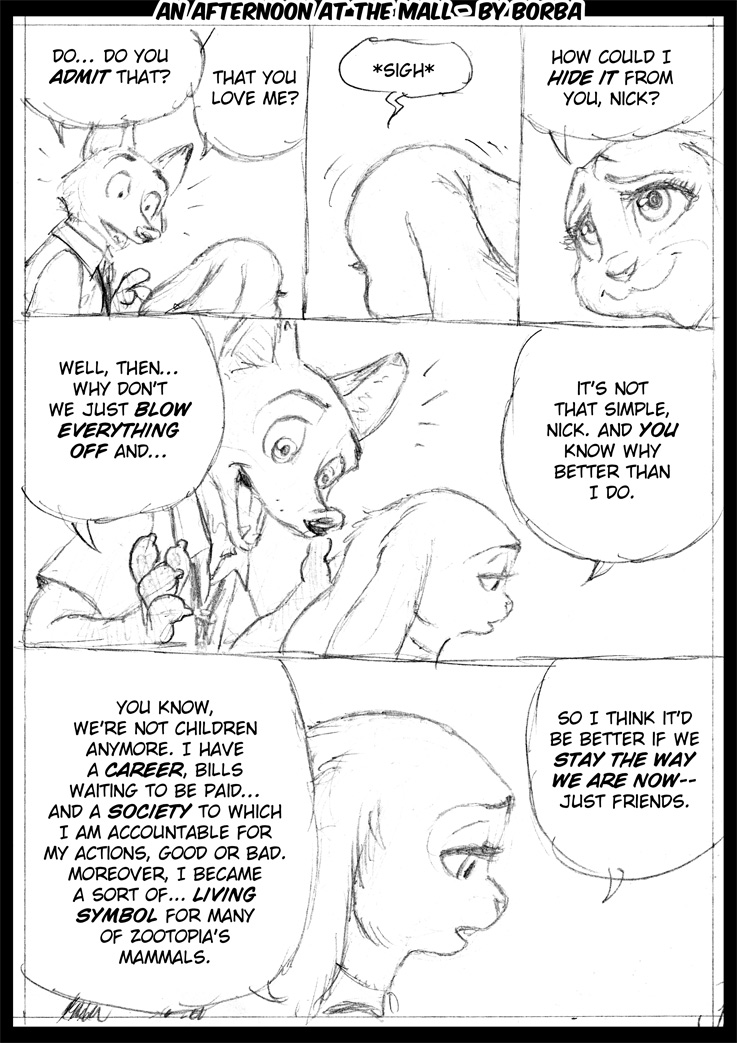 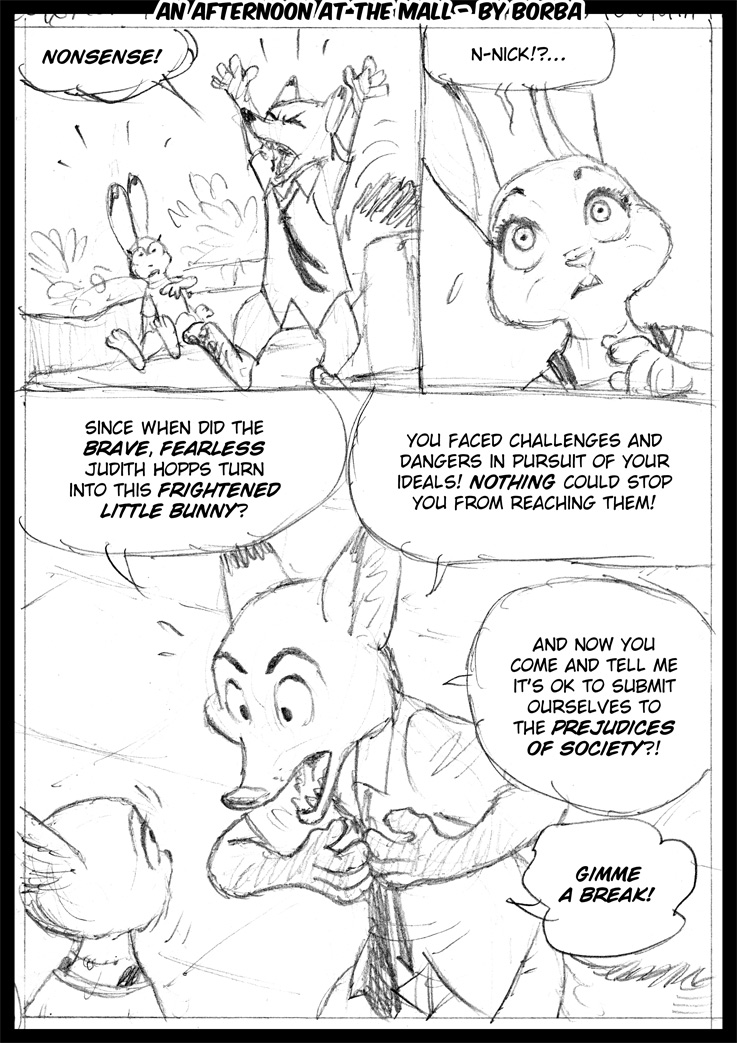 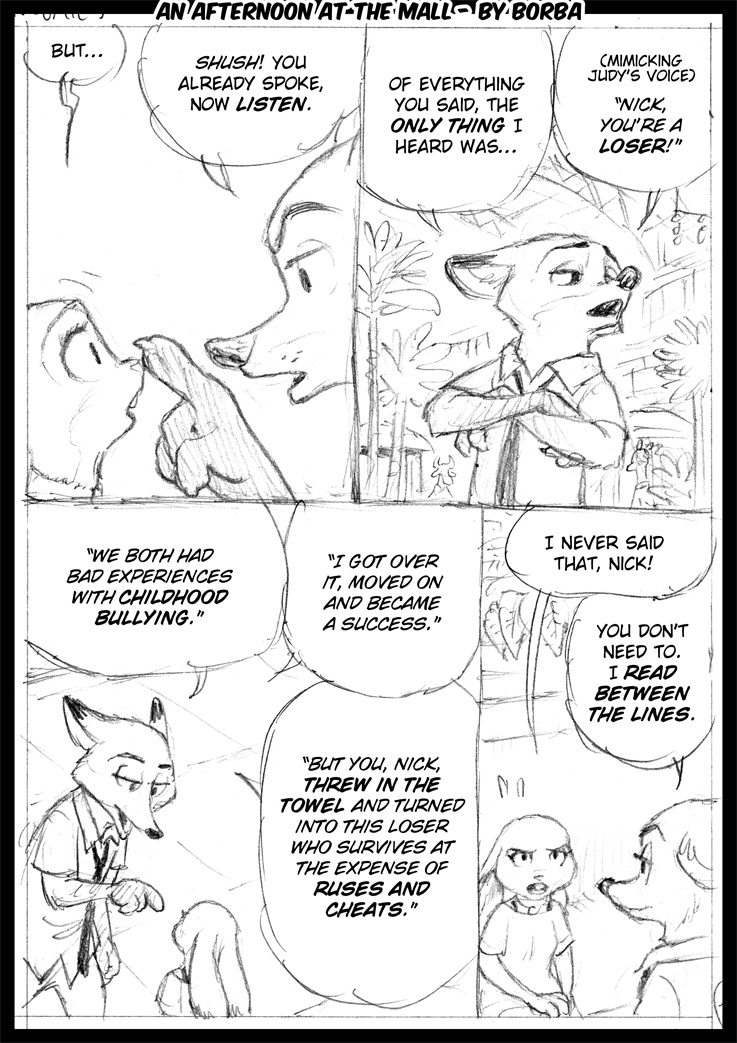 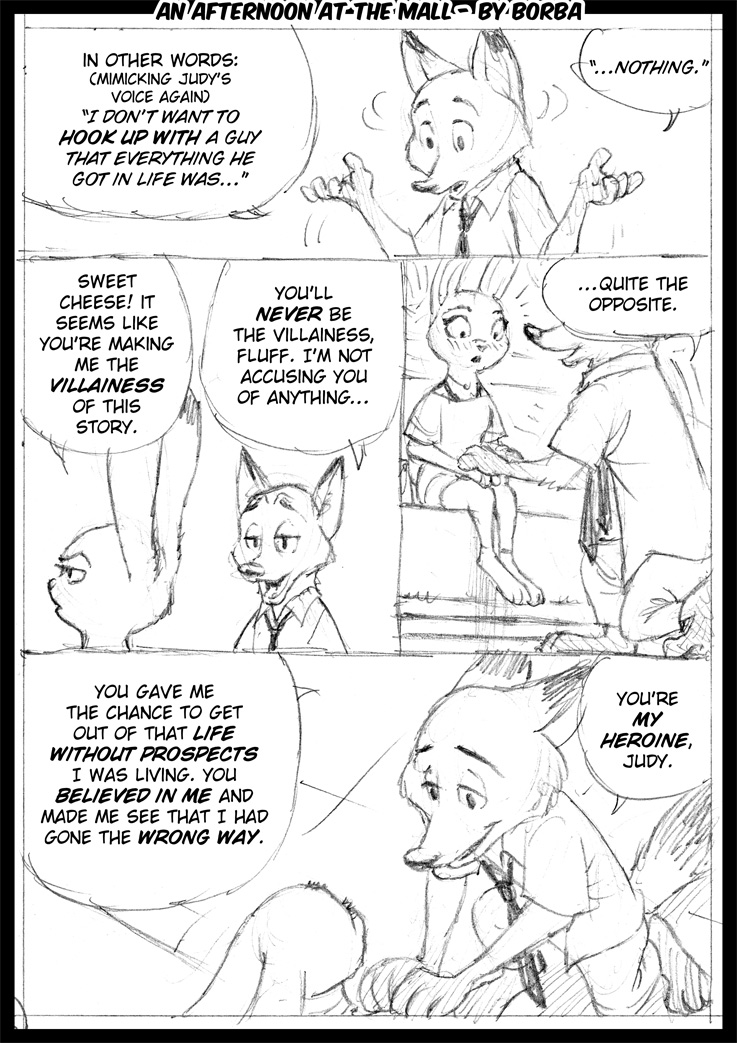 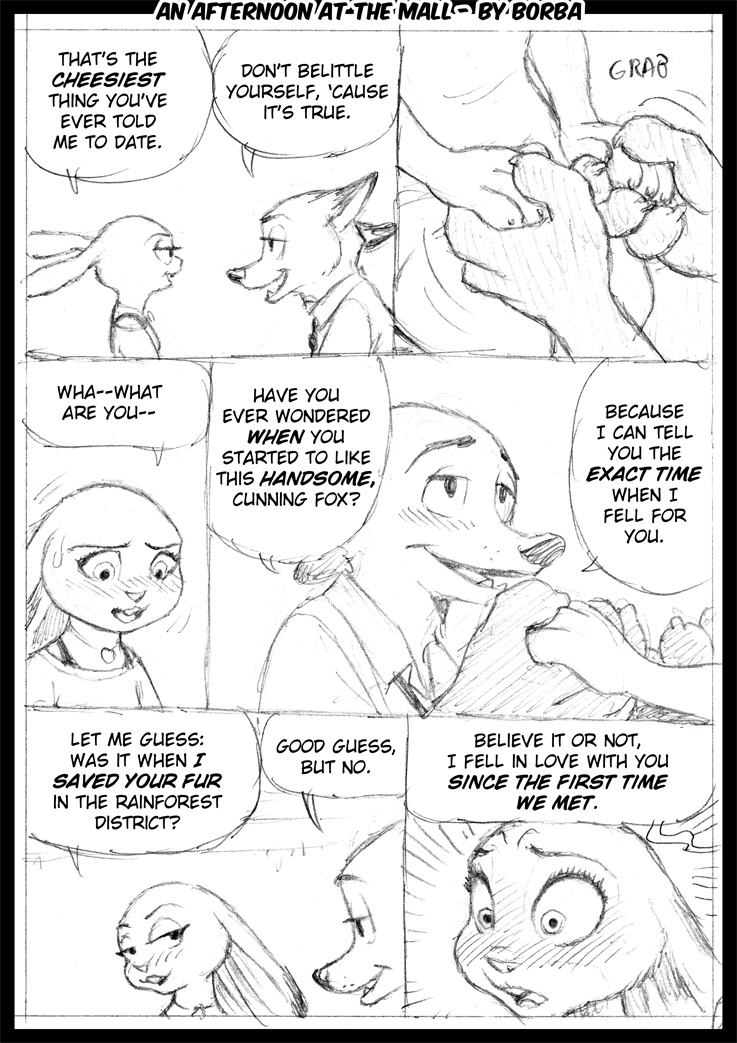 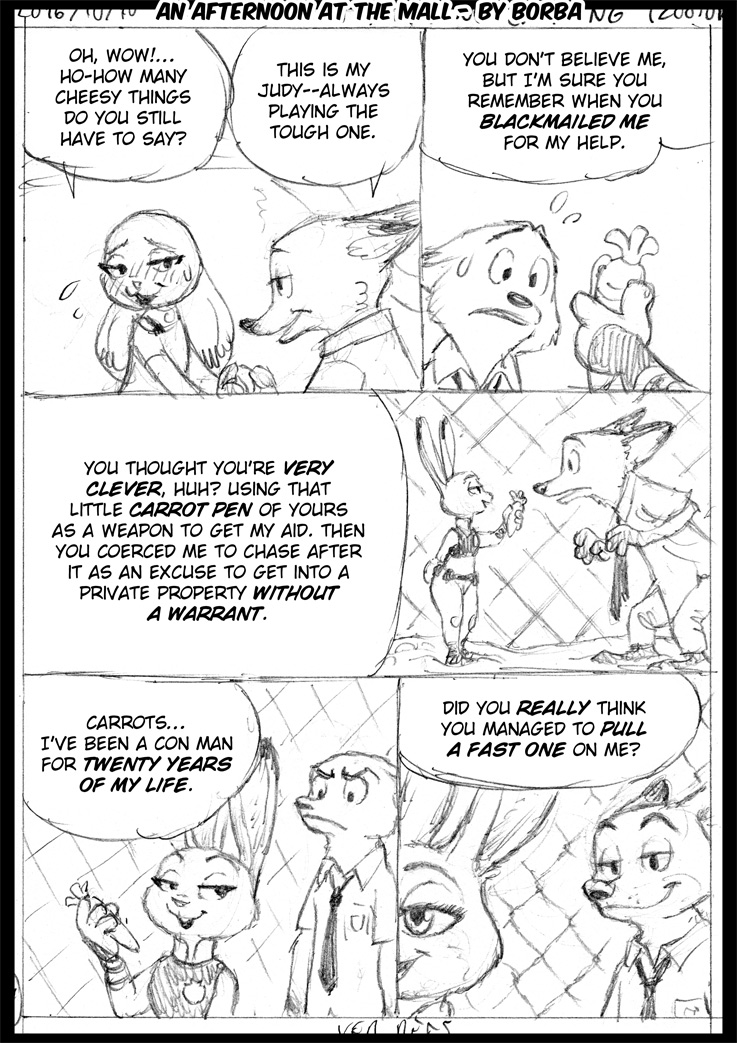 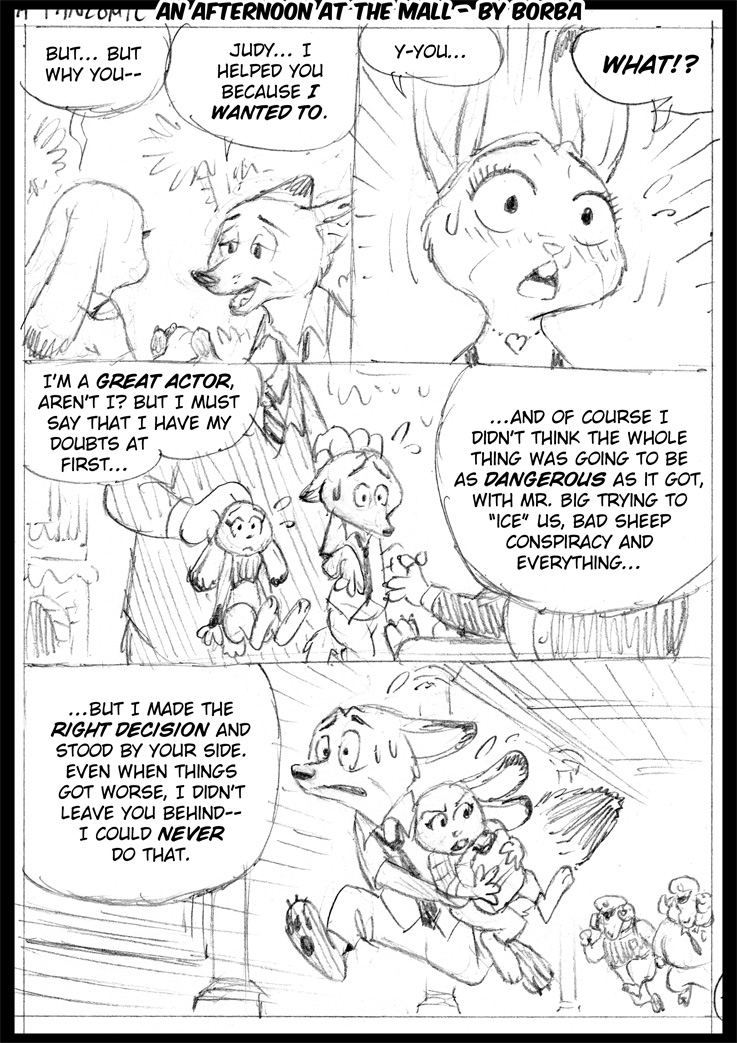 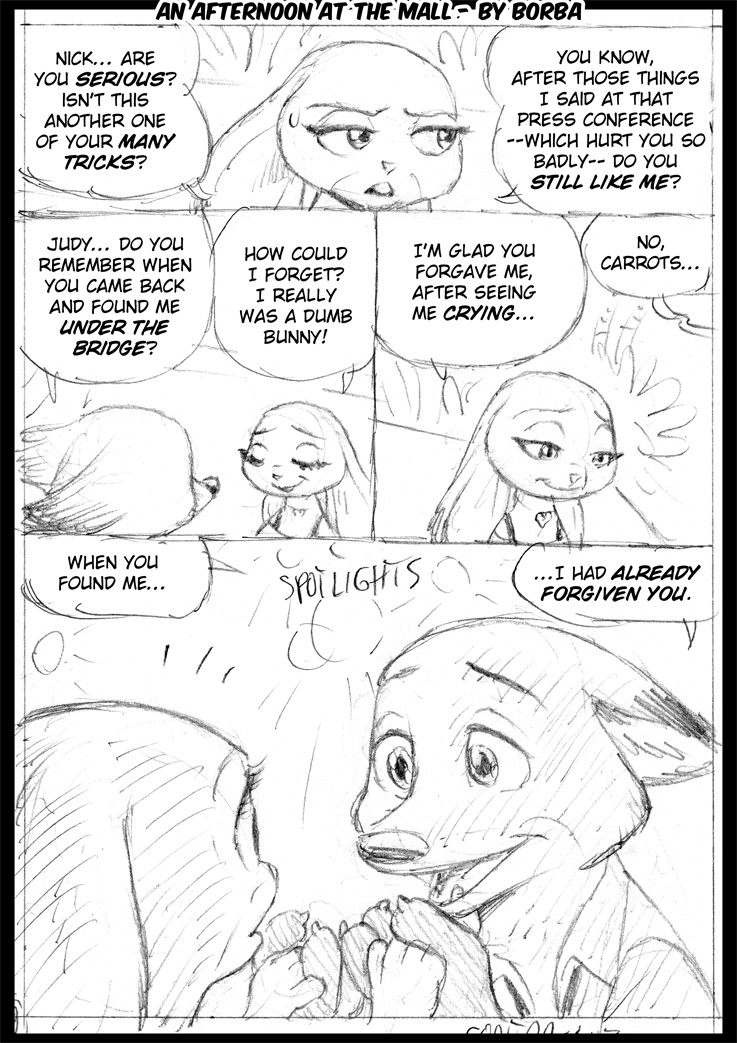 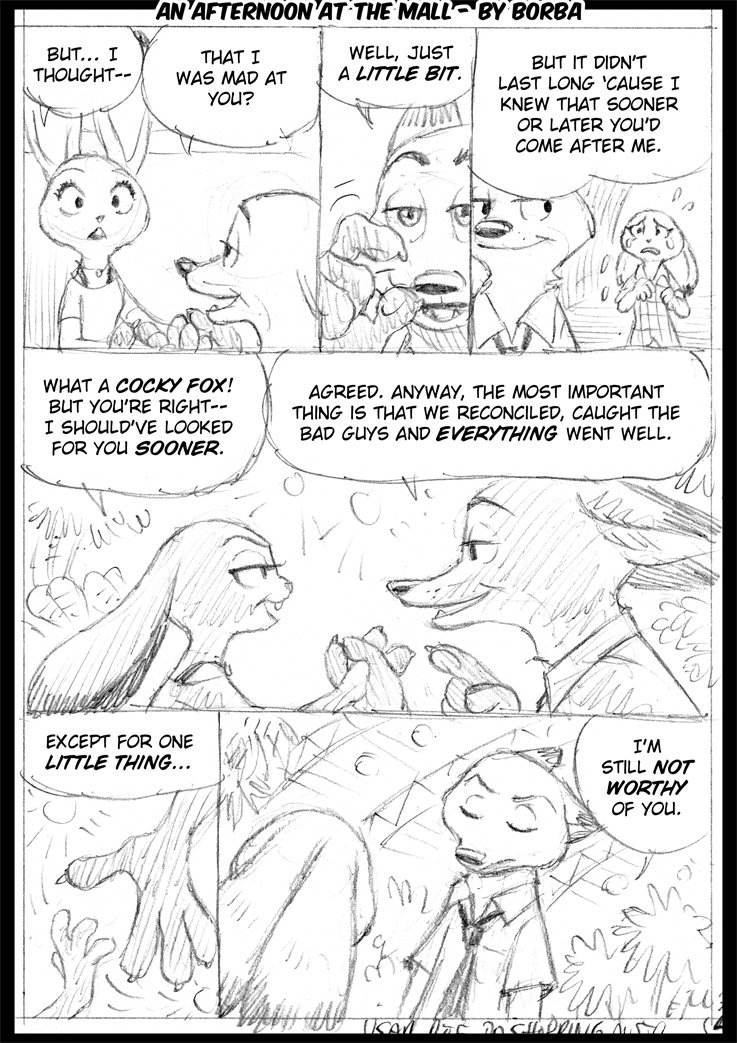 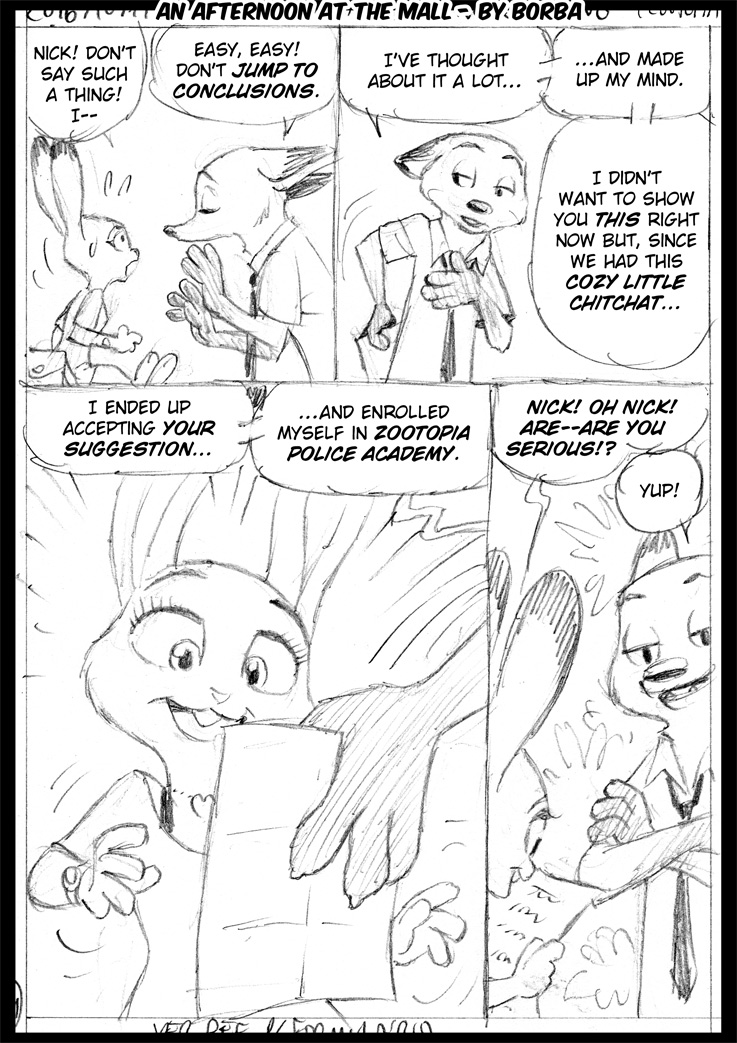 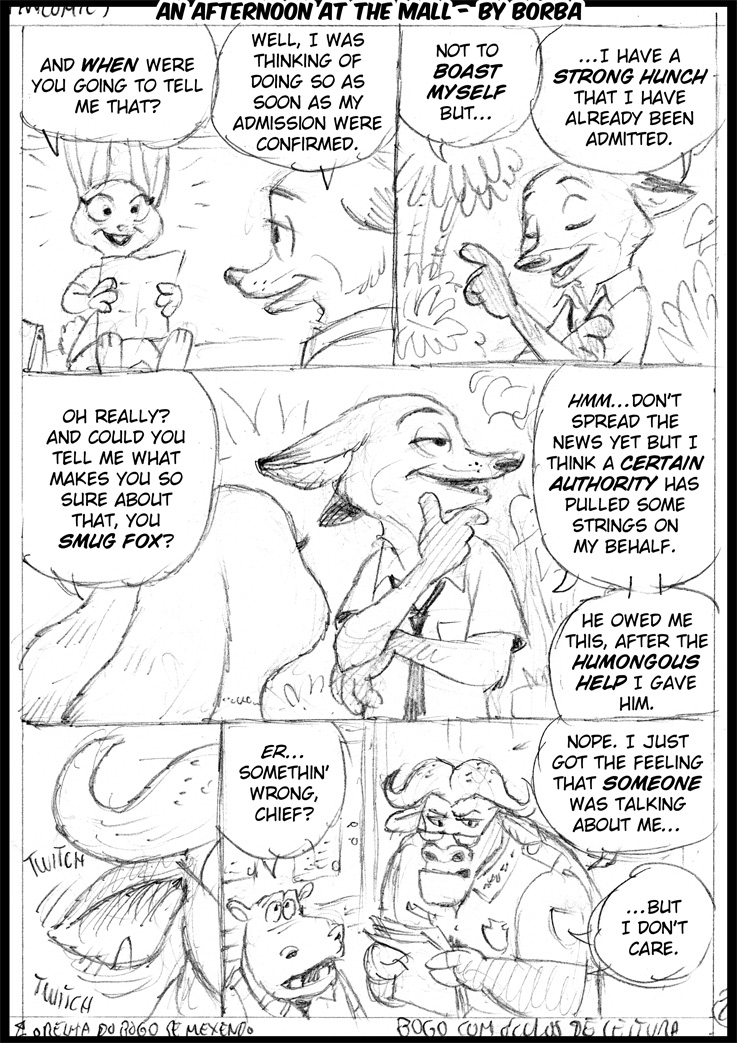 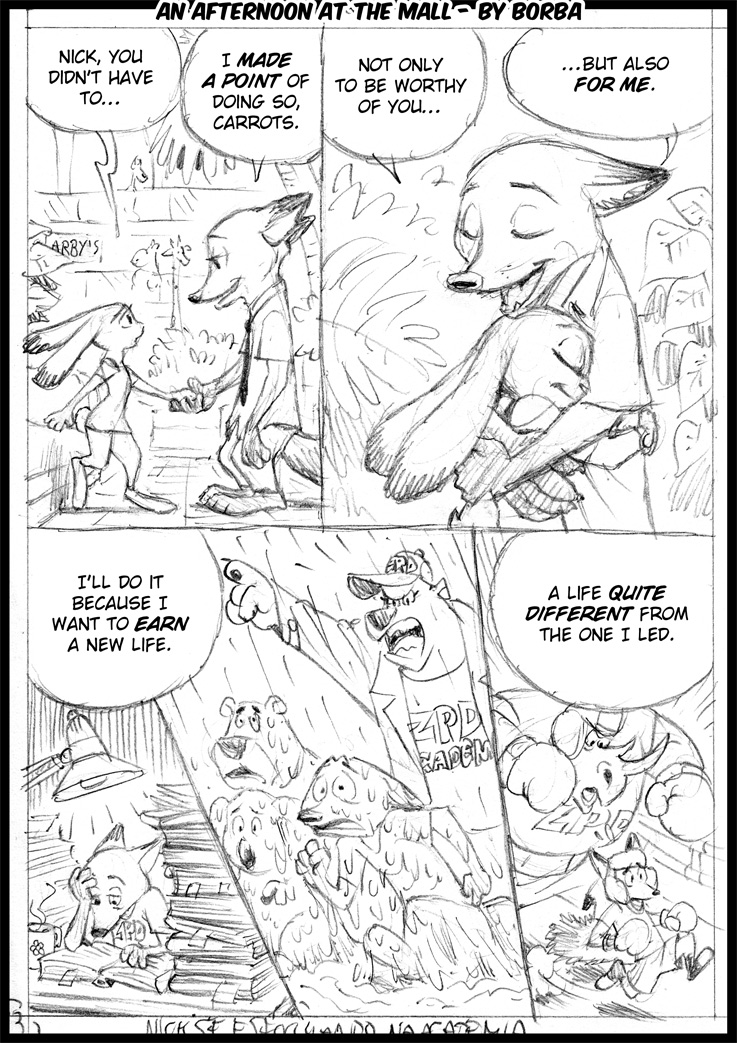 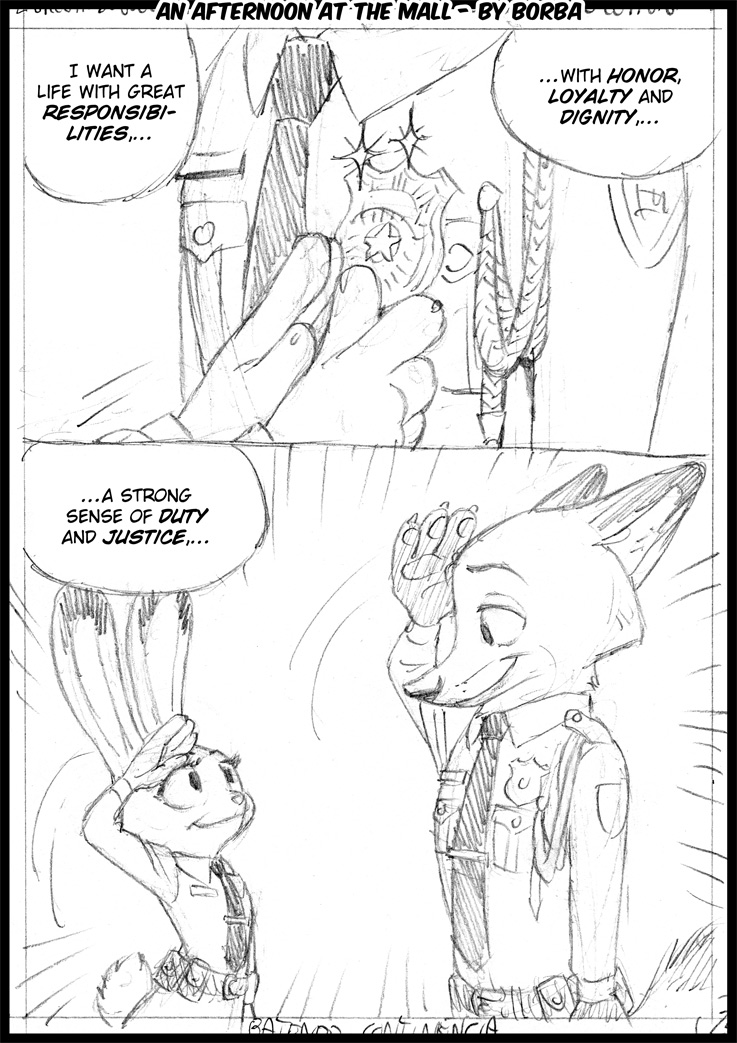 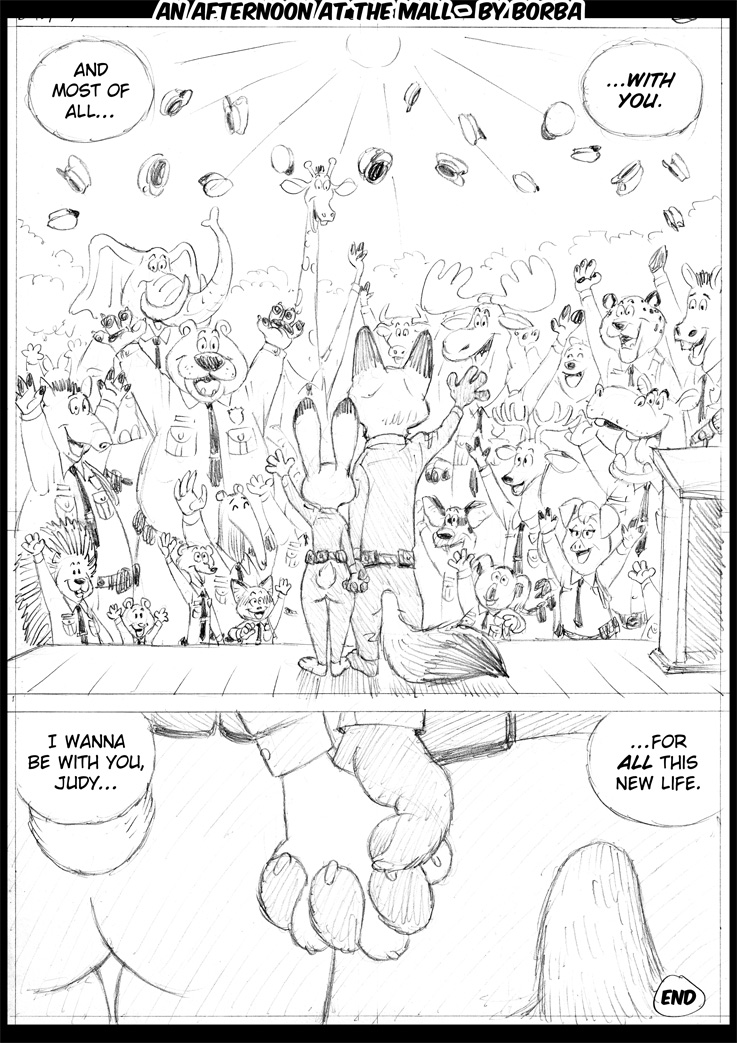