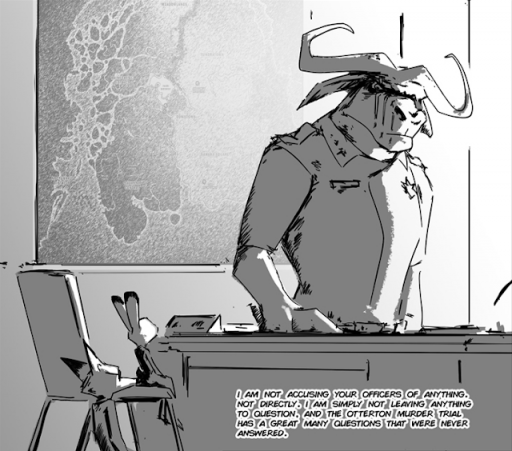 If you thought Bogo was harsh on Judy in the movie… Well, let’s just say Judy being on the opposite side of a major, politically-charged case involving corruption at the ZPD is leagues beyond that.

All the same, Kulkum and TheWyvernsWeaver back with two more absolutely EPIC chapters of Sunderance.  We see Judy verbally spar with Bogo, we see the softer side of Lionheart, and the conspiracy grows.  What is really going on in this version of Zootopia?  Only time will tell.

Find the new chapters of Kulkum’s fanfic over on Archive of our Own:

Catch up on the previous parts of the story:

Read the full comic on TheWyvernsWeaver’s Deviantart, and check out Chapters 7 and 8 after the break!