If you remember back in August, we covered a certain Disney-licensed Chinese mobile Zootopia game that doubles as both a puzzle and simulation game. However, thanks to juantriforce042, we have discovered something GROUNDBREAKING for Wildehopps shippers.

If you haven’t seen the game and how to download it, we’ve got you covered! Grab the game right here!
(That was the most calm I got in writing this article)

You need to click that “read more” button, just don’t even think about it. There’s OFFICIAL screenshots from the game that will make every Wildehopps shipper scream.

Behold the ccreenshots that change the game!

As you can clearly see, they’re both looking up the waterfalls in the Rainforest District! On first glance, the bouquet of flowers itself would just make you jump out of your seat. But if you look very closely at those flowers: 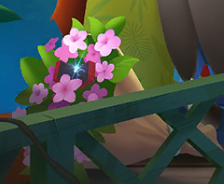 THERE’S A WEDDING RING. This by itself can ultimately confirm that in the game, they had some sort of intimate relationship! However, the fact that Nick will be proposing to Judy IS WHAT STEPS UP THE WHOLE THING TO ANOTHER LEVEL!

WILDEHOPPS HAS BEEN CONFIRMED, HERE AND NOW, FROM “Zootopia: The Diary of Realizing Your Dreams” …Maybe


Again, big thanks to juantriforce042 for finding this! Send him some love over at Tumblr!