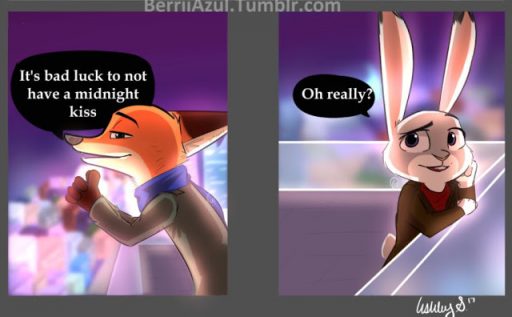 It wouldn’t be a New Year for the Zootopia fandom without some Wildehopps, now would it?  Glad to see we’re off to a strong start in 2018!

This comic comes to us from BerriiAzul (who did a great job with the expressions and the lighting, by the way!) and was dubbed by CasVoiceActs and MickelPickle just a day or two later!  I’d say more about it, but I’m on a bit of a time crunch at the moment.  The end of a vacation will do that for ya.

Check out the comic over on BerriiAzul’s tumblr, and get both the comic and dub after the break!