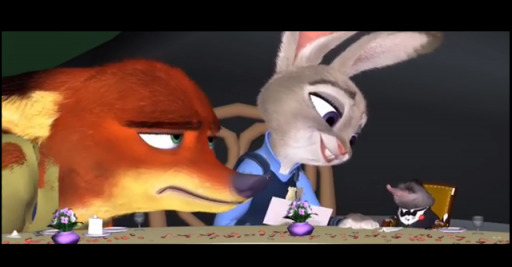 A new deleted “scene” has emerged!  Seriously, I have no idea where WillFanofMany gets these, but it’s awesome that he’s able to.

As for the clip itself, I use “scene” in quotations because it’s basically a single cut line- albeit a fun one.  You know the classic “Good Cop, Bad Cop” routine?  I really don’t know what it means when the local mafia boss says you’ll be the good cop.  Either way, Nick adds another great face to the list of Great Nick Faces (many of which happened around Mr. Big).