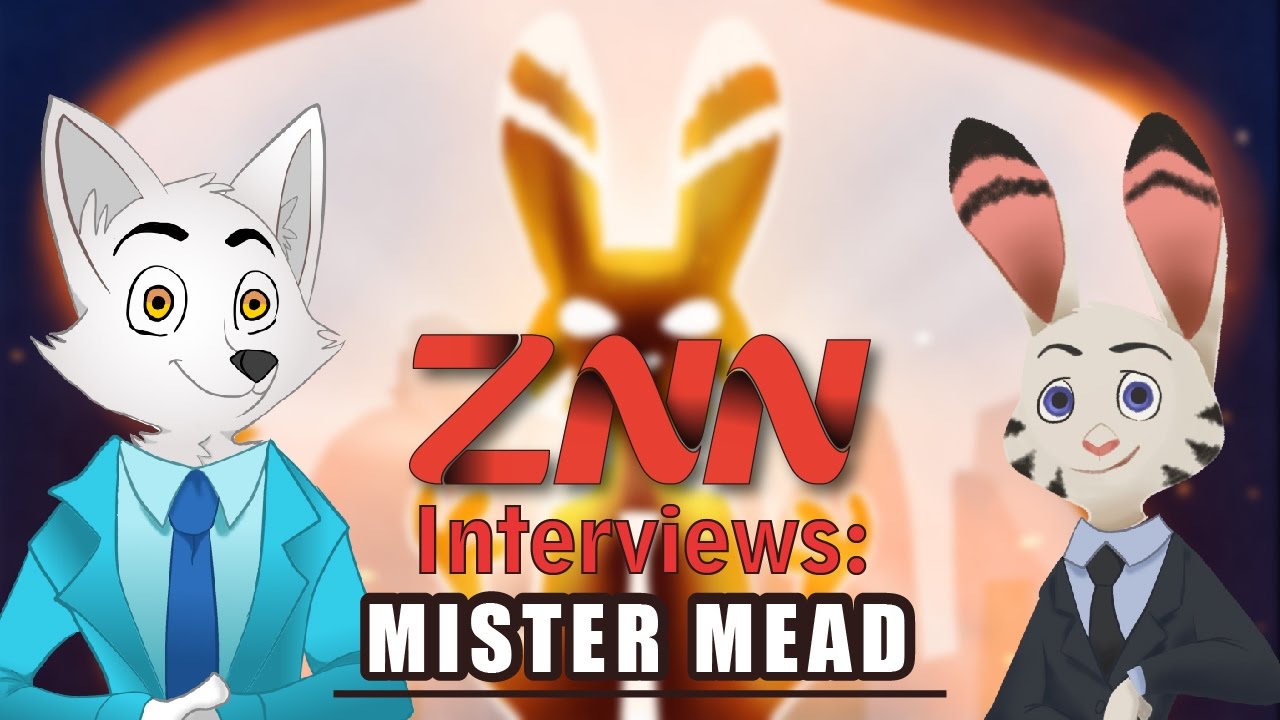 Greetings, everyone! Dominic Faux here today with an incredibly special post, which will hopefully be the first of a new series of original content from us!
That’s right, ZNN has been working on interviews with the talent behind the kind of wonderful works we bring you each day! It’s been a long process to get this one done, and it took a lot of work from our talented team.
Our first interview is with the one and only MisterMead, creator of the well-known AU comic series Judy is Dead and Water Under the Burrows, as well as other fantastic comics!
Not only that, we’ve worked on some simple animation to bring you… a video interview! The video one is shortened but definitely worth the watch. Of course, we’ve also got the unabridged audio interview over on SoundCloud, if you would prefer that.
Get all your interview goodness after the break!
Of course, I need to give a special thanks to each and every ZNN member who worked on this project.
First off, the artists behind the great images in the video: Quirky-middle-child made the fantastic characters and their expressions, Sendrax drew the amazing studio, and TheWyvernsWeaver drew the gorgeous cityscape in the background. Those characters took a lot of work, so we brought Steampoweredfox onto the project. Both he and Sendrax helped Quirky out. Without you guys, we just wouldn’t have any visuals for the video; so, thank you.
Second, we’ve got Danny and AJ, our amazing video and audio guys, respectively. Danny put the video together, trimmed the recording for length, and used the great character art from Quirky to animate everything. AJ composed our intro and outro songs and mixed the audio recordings for quality and consistency. You guys are fantastic!
Lucario389 essentially became our Production Assistant. He was the impetus of this project. He helped come up with interview questions and set up the meeting with MisterMead. He also got me to sit down and organize everything properly. Thank you for helping me get things started and organized, and for actually getting this project going.
Andy Lagopus conducted the interview, but the heavy lifting behind the scenes was handled by yours truly. I am deeply grateful to Andy for his wonderful interview and for giving me the opportunity to handle this project. Managing this project has been fantastic, and the team I had was simply incredible to work with. Thank you so much.
I hope all of you, our loyal fans and readers,enjoyed this project as much as we did making it. We have more interviews in the works, so keep an eye out!
Thanks for reading,
Dominic Faux, signing off.