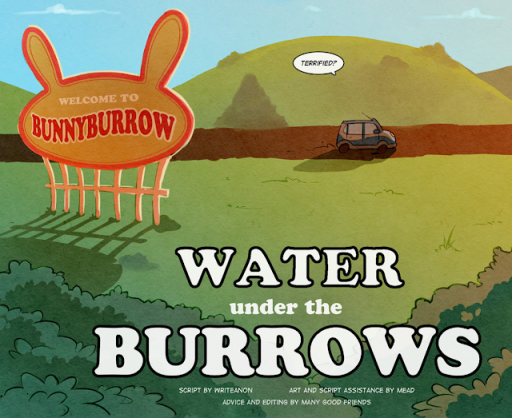 I love the comic artists in this fandom.  I also love the fantastic authors and the amazing stories they tell.  But you know what I love most?

When they work together.  Seriously, first we have the team of Kulkum and TheWyvernsWeaver with Sunderance, and now we have another powerhouse duo!  We need more of these!  They’re awesome!

Coming off of the epic Judy is Dead we have Mister Mead, who has joined forces with WriteAnon to bring us the sequel to his phenomenal fanfic Water Under The Bridge!  Water Under The Burrows begins shortly after Nick and Judy officially become a couple at the end of that story, but it’s still accessible to those who are unfamiliar with it. (Though if you haven’t read it yet, I HIGHLY recommend it.)

Check out the comic over on MisterMead’s Tumblr, or read on after the break!