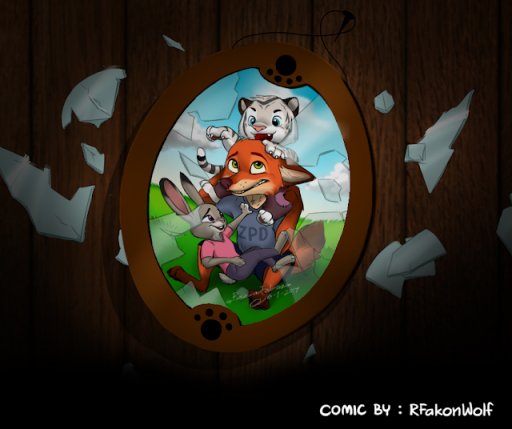 Imagine a world where Nick and Judy got married.  That’s not very hard- we’ve seen it hundreds of times in fanfics and fanart.

Now imagine they adopted a child- a white tiger, whose parents died in mysterious circumstances.  Now he’s all grown up, and is discovering that there may be something about his birth parents that his adopted parents haven’t told him.

This comic starts In Media Res, so I expect there will be more to the story coming soon- both explaining what happens before this revelation and after.  I will definitely be keeping an eye on this, and recommend you do the same.

Check it out over on RFakonWolf’s deviantart, or after the break!