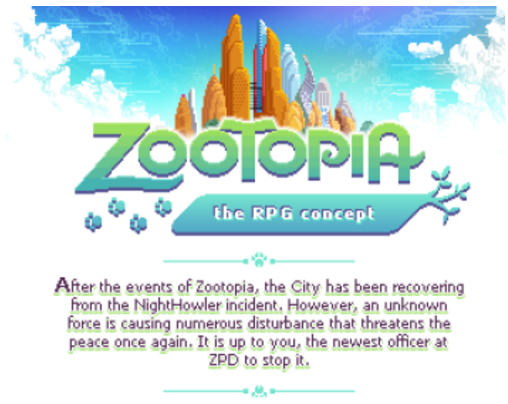 The first time I saw Zootopia, one of the most awe-inspiring scenes was Judy’s first train ride into the city, passing through Sahara Square, TundraTown, The Rainforest District, and then, finally, City Center.  The city was so alive, so large and expansive.  It felt like you could pick a direction and start walking, and even if you went nowhere related to the plot of the movie, you could still find adventure.  Or, at the very least, an interesting part of town.  Many people across the internet have compared the world-building of Zootopia to that of an open-world RPG, like Skyrim, Fallout, or Mass Effect.

But yet, as far as we know, the only Zootopia video game that is coming out is an expansion to Disney Infinity.  I believe if you look in the dictionary, you’ll find this case in the definition of “Wasted Opportunity”.

Well, Wolfie Canem, an amzing pixel artist, has an idea for just such a game.  Not only does it look like a TON of fun, but the amount of detail he’s put into this pitch idea is just stunning!

Check it out HERE, and be sure to spread the idea around if you want to see it maybe happen one day!  And even if you’re not a big fan of video games, you’ll still love the amazing art and detail he’s put into this game’s design.

Step it up, Disney!  If you don’t make this, the fans will!

Full Concept art after the break 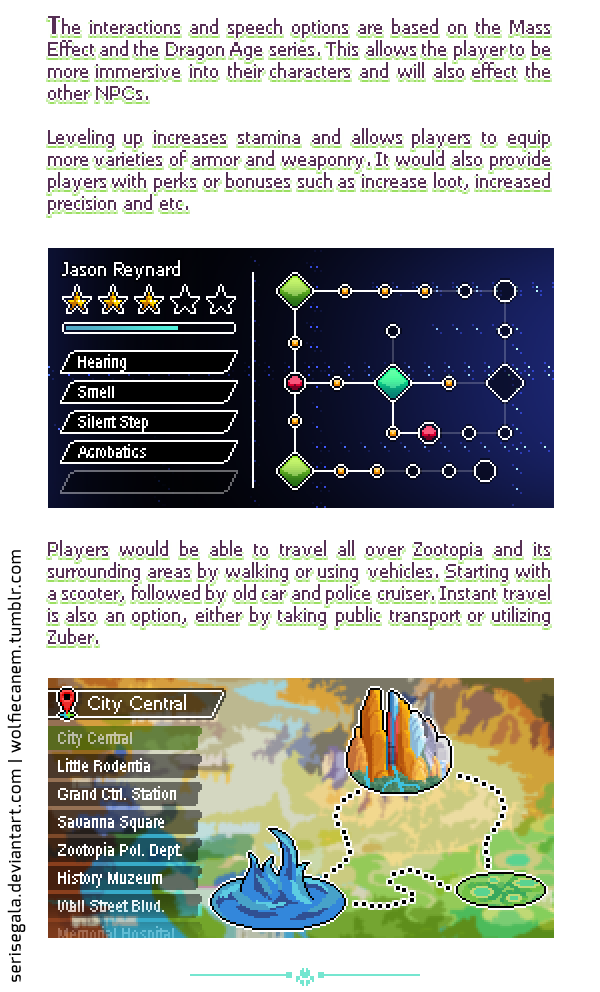