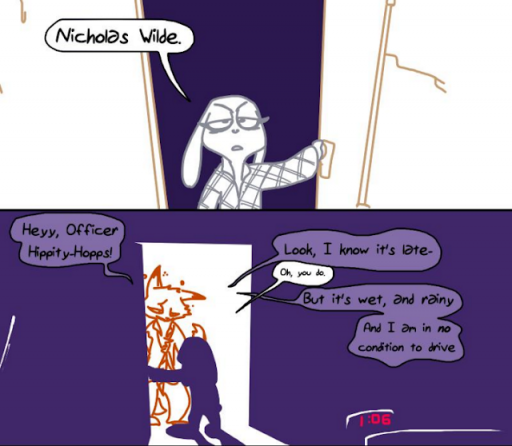 TGWeaver has gotten something of a reputation in the fandom so far.  His style of art is simple yet incredibly expressive.  His stories both have really great humor and touching moments.  But because his comics are almost all NSFW (except for this one, which I featured a little while back), I haven’t been able to post them.

So why am I posting it now?  Well, my no-NSFW policy is still firmly in place.  That’s not changing.  But thanks to a redditor named Carnicoracanidae, there is now a SFW edit of Weaver’s comic.  While some may argue that censoring some of the explicit details detracts from the overall quality of the comic, I’d say that it’s still incredibly good.  If you want to see the original version, I’m sure you can find a way to get it, but I’ll only be posting the SFW version on ZNN.

This comic takes place in an AU where Nick abandoned Judy after the Night Howler case, rather than becoming a cop himself.  That’s all the backstory you need for it.  So, check it out after the break! 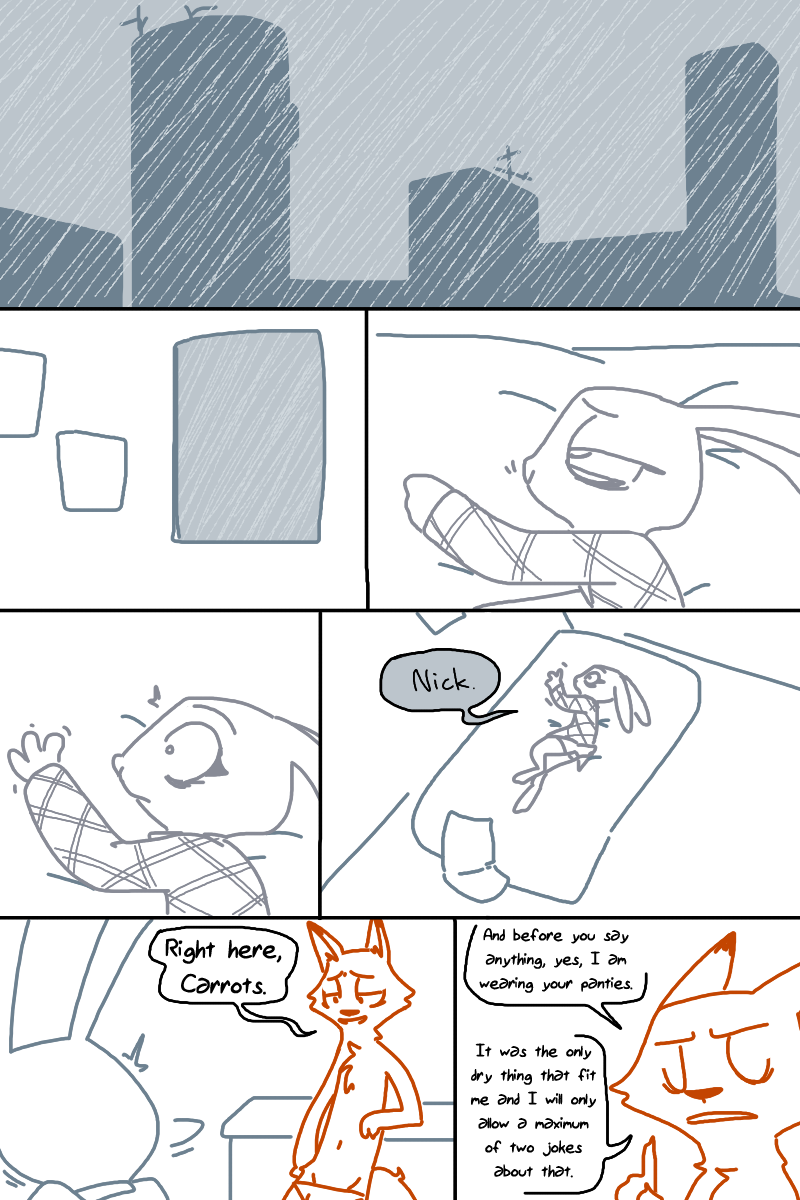 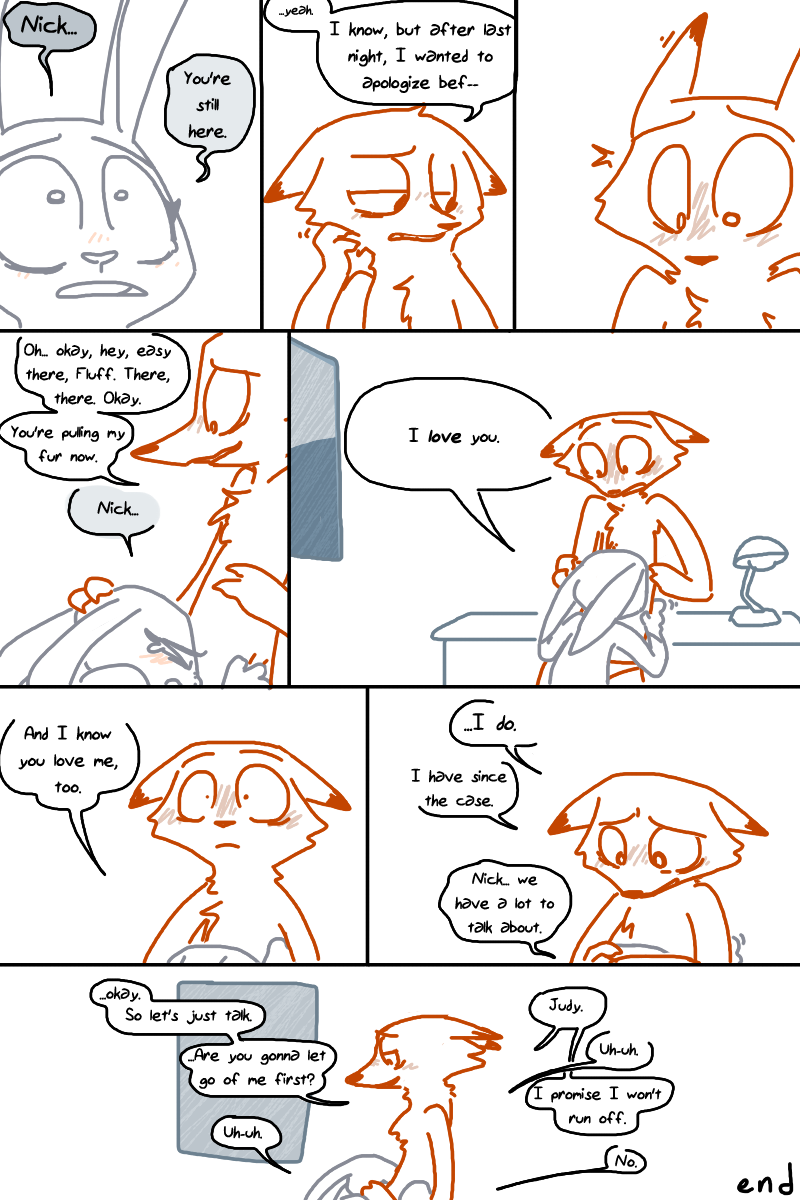