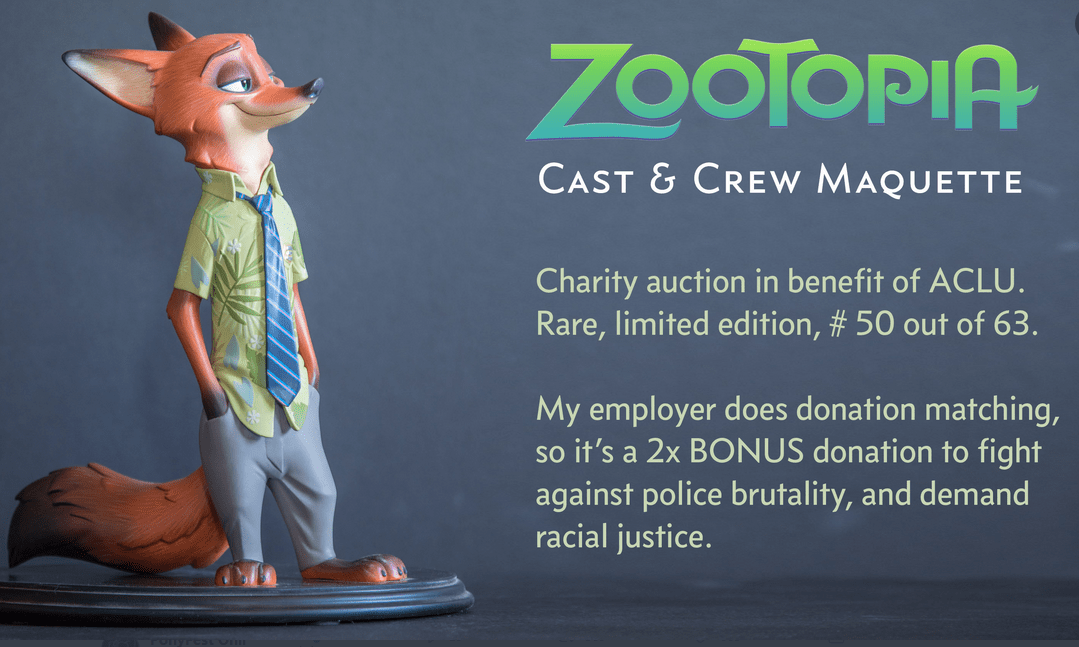 Joaquin Baldwin, a Walt Disney Animation Studios employee who has worked on Zootopia among with multiple other recent Disney releases, is auctioning a maquette of Nick Wilde to charity, he announced today, June 11.

Baldwin plans to donate 100% of the funds received for the limited-edition maquette, originally given to the cast and crew of the film (one of 63, according to Baldwin), to the American Civil Liberties Union in support of the Black Lives Matter initiative.

I'm auctioning a Zootopia maquette of Nick Wilde in support of #BlackLivesMatter. Bid generously, 100% will be donated (no fees, thanks to the eBay For Charity system). Auction will last one week. Good luck, and please share!https://t.co/3feAq7RC71 pic.twitter.com/7IJaNC12ny

He also noted that his employer (Disney) will match the donation from the maquette auction, meaning that double the amount the figure goes for will be donated to the ACLU.

Baldwin said the item will be up for auction for one week, through June 18. At press time, its bid was $1,875.

For more information and for parties interested in bidding for the maquette, visit its eBay page.