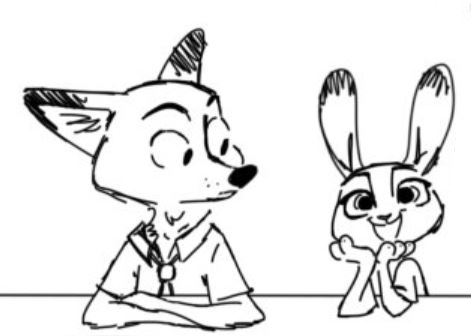 As MercMarten has previously stated, it’s with a heavy heart that we at ZNN bid farewell to one of the Zootopia fandoms finest fan artists, Qalcove. Wherever she ends up going next, we wish her good fortune. She has always been a beloved member of the fandom who has touched the hearts of many, and the things she has done for the fandom as a whole can never be understated.

To help show our appreciation for everything she has done over the years, we’ll be taking another look at series of hers that ZNN has covered in the past. And it’s none of other than the delightfully heart-warming Ask Us series. I mean, come on, a comic series based around having Zootopia’s No. 1 fox and bunny duo answering questions from the fandom while getting into all sorts of hilarious mischief? What’s not to love about that?

Be sure to check out all three of them over on DeviantArt: The Cruise, The Most Adorable and Nick the Gentlemammal.

And while you’re at it, maybe consider taking another look at the dubbed versions done by MickelPickelVoiceActs and CasVoiceActs.