One of the earliest Art of the Day collections created for the ZNN webpage was the Snow Day album (February, 2017)

And so today, in honor(?) of the recent spate of heavy, winter weather we present another collection of Zootopia fanart with a winter theme. So grab your cocoa or hot spiced cider, put another log on the fire, and enjoy. And don’t forget to show the original artists some love by clicking on the source links.

What was that about, “You throw like a bunny’ again, Nick?

We continue with a series of pics, showing Nick and Judy in the snow.

Nick’s just a glutton for punishment, isn’t he?

Poor Nick; in the wintertime, he just can’t control his foxy instincts.

And some of Judy.

If there one thing you can say for Judy Hopps, it’s that she NEVER does anything halfway.

And now a series of Winterized pics, featuring some of the other members of the Zootopia crew.

Two images featuring Finnick
(I don’t think those earmuffs are going to do him a whole lot of good.)

Here’s one of Clawhauser
(Uhhh, do you hear a cracking sound?)

Nick and Judy are only background figures in this one–but it’s such a cool pic, we had to include it.  (and there’s Mr. Big and Koslov on the far left)
What’s going on here is a Biathlon, a sport first perfected by the Finns against the army of Josef Stalin.

We wrap things up with a labor of love from last March.
I’d be smiling like that too, if I were this guy, BRAVO! 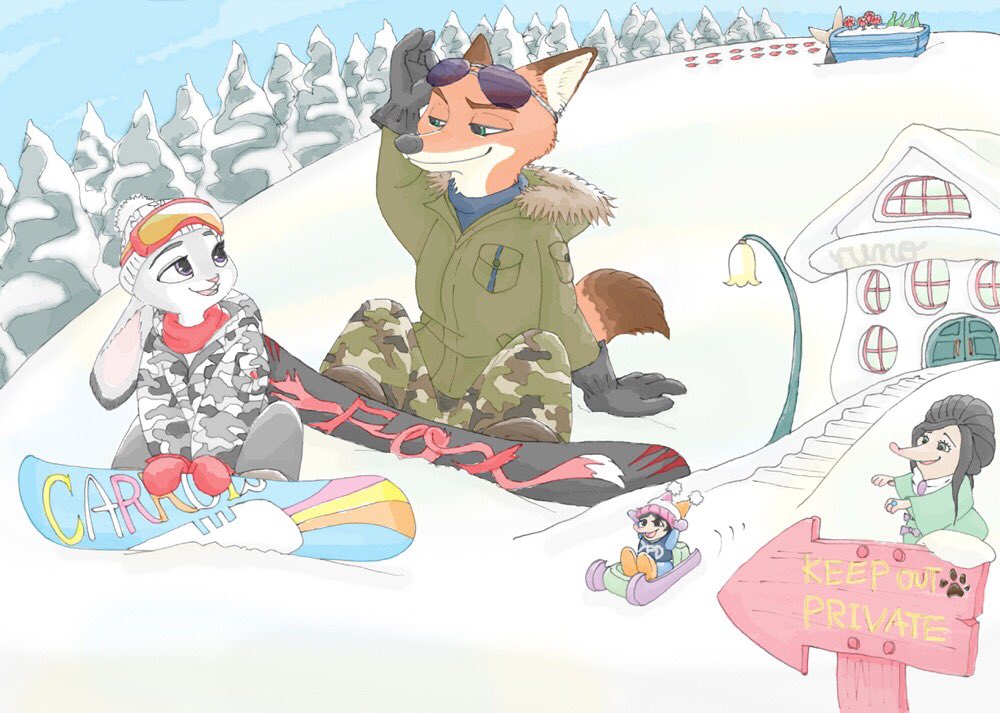 Until next time…keep warm, everybody!