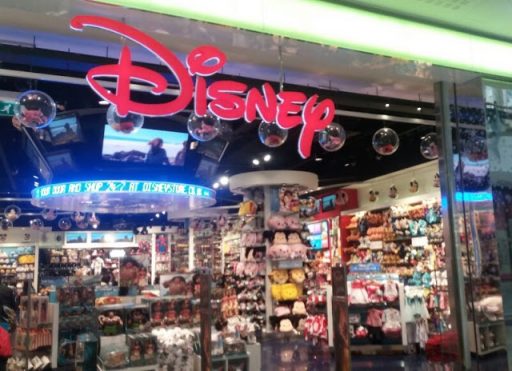 Hello there mammals, great and small! Surrika Tunnah here with an article that is a bit different than usual.  Yes, I am going to talk about Zootopia, but more about how its success has baffled me to no end.

Everyone on this site and those that follow this fandom closely will know that Zootopia was a gigantic success and beat many of the odds to just even see the light of release.  Zootopia went through literally production hell. Re-write after re-write, threatened to be cancelled out-right and even have several complete story overhauls that changed and even deleted a ton of characters! It went through so many changes that even the art-book shows us the movies it could of been.

It deserves every bit of praise we shovel onto it, from its 1 billion dollar worldwide box office gross, to it’s 24 amazing awards.  Not only because it’s a great movie ,with a very good lesson on underlying racism and prejudice, but because it is literally a underdog story when it comes to movie production.

But it still doesn’t feel like a success.  At least not to me.

Let me explain, after the break.

You guys know me as the Meerkat of Merch, Surrika Tunnah.  I am a huge fan of this movie just as you are.  However, there is this nagging feeling in the back of my little meerkat skull that Disney don’t really share the sentiment that this movie should be a success.

The first warning signs were with the merchandise itself. A lot of movies make their money off merchandise sales and Disney in particular are notorious for this.  Just look at Frozen! They are still making merchandise for it to this day.

I am going to put forward a photo of my Zootopia collection to demonstrate a point.

You’re probably thinking, “Wow Surrika that is a lot of stuff!” when I am thinking, is this all there is? Let me explain.

Just cause those were available at release doesn’t mean I got them at release. Some were bought at my local Disney Store.  Others were bought at Toys’r’Us or other toy retailers.  I noticed something after a month though.  All the merchandise had been stripped from the stores. Even the official Disney store didn’t have anything, so I thought “Huh, well it has been a success. maybe the merch is selling like hot cakes and I just have to wait for them to restock.”

Then a concerning thing happened, after 2-3 months of no stores restocking Zootopia merchandise at all. I found some merch in a store called Home Bargains.  For those who are not aware, Home Bargains is a store chain in Britain that buys from over-stocked warehouses and then sells them on for cheap.  So this could have meant my original thought of them selling like hot-cakes was wrong.

Why though? This film was a huge success…wasn’t it?  The question had been nagging my mind constantly.  Financially and critically the movie was a success, but through the eyes of the general populous it doesn’t seem that way at all.  There is nothing in day to day life that even hints at how huge of a success it was.  I walk into the Disney store today and the only thing Zootopia related they have is a Mr.Big plushie that has been hanging on the hook for several months.

I mean, not even birthdays cards! I have yet to see a Zootopia birthday card, even in dedicated local card shops.

Some of that merchandise I have was even imported, because for some reason not all merchandise was available everywhere- especially not in Britain.  If it wasn’t for the internet I would never have known there was a official Finnick van toy, or even a ZPD play-set.

So why isn’t Disney milking this potential cash cow?  What happened during this film that makes them so reluctant to even reference it in their own store?

These are questions I don’t have the answer too.  We as fans know it was a success, a huge one.  But if I didn’t know any better, I would swear this movie had flopped.  It’s no lie that Disney had very little faith in the film which is why it was so under-marketed.

I really do hope they release more merchandise for Zootopia so people can see how much of a success it is.  That and I want an official Gideon Grey plushie, both bully and reformed.  As it stands at the moment there is absolutely no Gideon Grey merch…NONE!  A character that although with little screen-time plays a major part in Judy’s character development.  Heck, he has a more important role than Finnick does.

This has been Surrika, the baffled neighbourhood meerkat,  Thank you for reading, and let me know what you think about all of this in the comments!