Yes, you read that title right.  Disney is being sued for allegedly copying the work of Gary Goldman, the writer of such hits as Total Recall and Big Trouble in Little China, and turning it into the Zootopia we know and love.  Esplanade Productions Inc., the company which represents Goldman, filed the lawsuit to the U.S. District Court for the Central District of California this morning.

An official Disney Spokesman responded to the lawsuit, saying:

Mr. Goldman’s lawsuit is riddled with patently false allegations.  It is an unprincipled attempt to lay claim to a successful film he didn’t create, and we will vigorously defend against it in court.

Well, Disney has the lawyers to defend Zootopia in court, but ZNN is here to defend it on the internet!  You can find the article in The Hollywood Reporter that brought this matter to our attention here, and you can read the full legal complaint here.  The real meat of the case begins on Page 9, titled “Factual Background”.

At the moment, we don’t know if the U.S. District Court will actually take this case or throw it out, but in my opinion it’s unlikely to get very far.  Why?  I’ll explain after the break.

In my personal opinion, this complaint is absurd for many reasons:

First, Esplanade claims whole character archetypes as being unique to Goldman’s pitch, and that the word “Zootopia” (a portmanteau of “Zoo” and “Utopia”, which is hardly a difficult name to come up with) was copied from Goldman as well.  We know the latter to be false, as Disney was required to change the movie’s title in the UK and other foreign markets to Zootropolis due to copyright issues with actual zoos and other businesses named “Zootopia”.

Secondly, the pitch in question seems to be far too similar to the final product.  “But wait, isn’t that evidence in favor of their lawsuit?”  Not exactly.  Take a look at the Character Illustrations they present in the complaint, side-by-side with the characters we know from Zootopia. 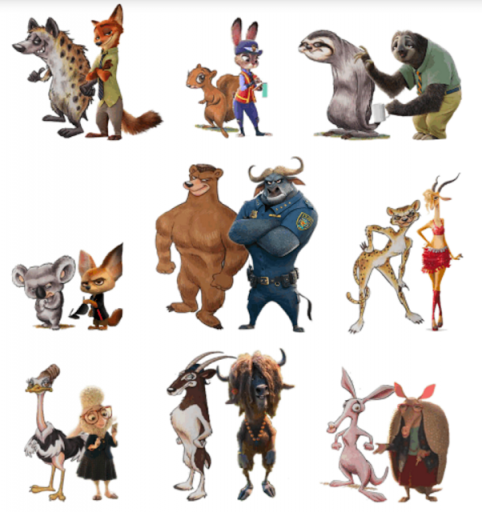 At a quick glance, they do look a little similar.  But let’s take a step back and think, “How many of these characters were in the previous iterations of Zootopia?”  A quick look at the evolution of Zootopia’s characters, as seen in The Art of Zootopia (by Jessica Julius), as well as other sources, tells quite the story. 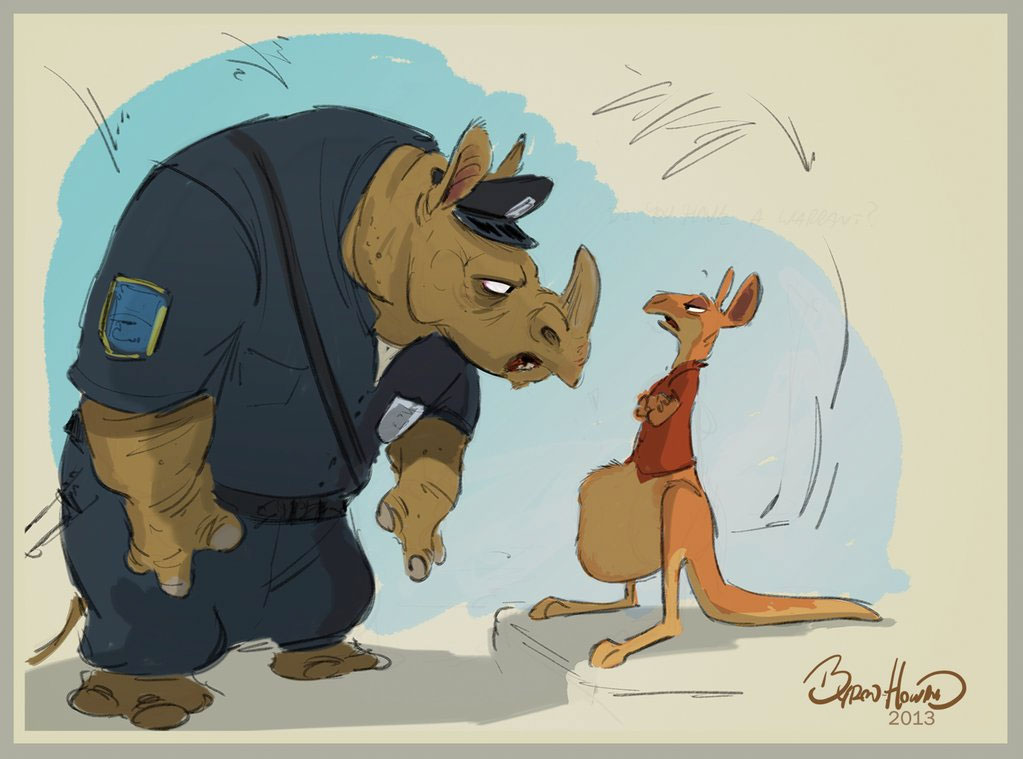 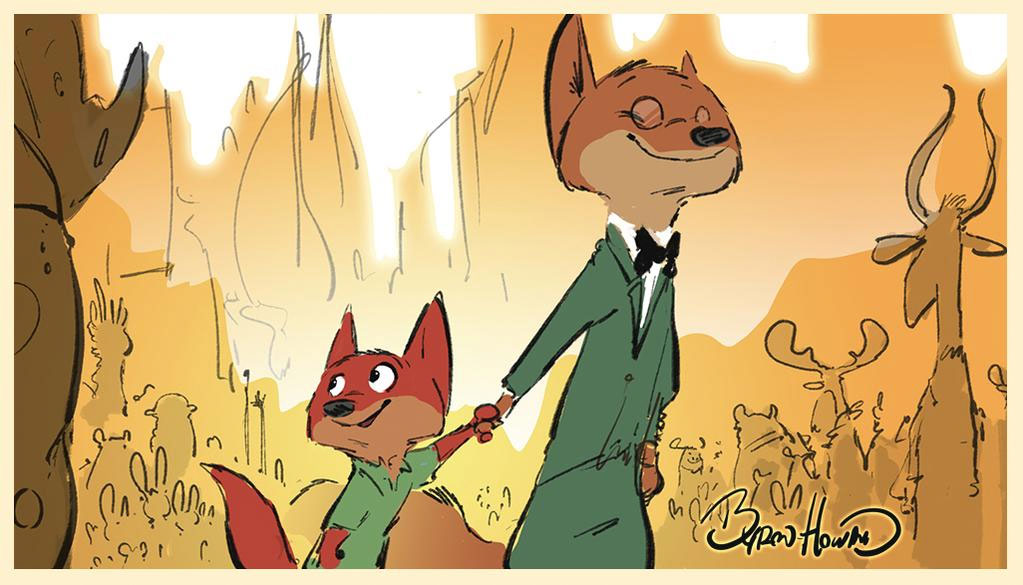 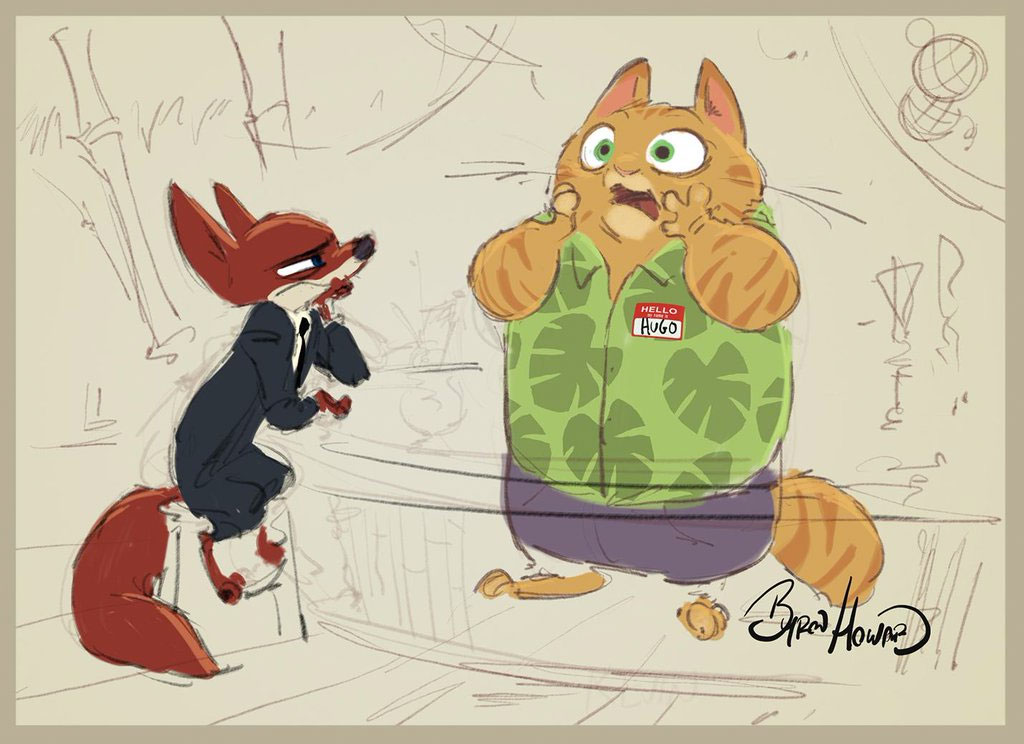 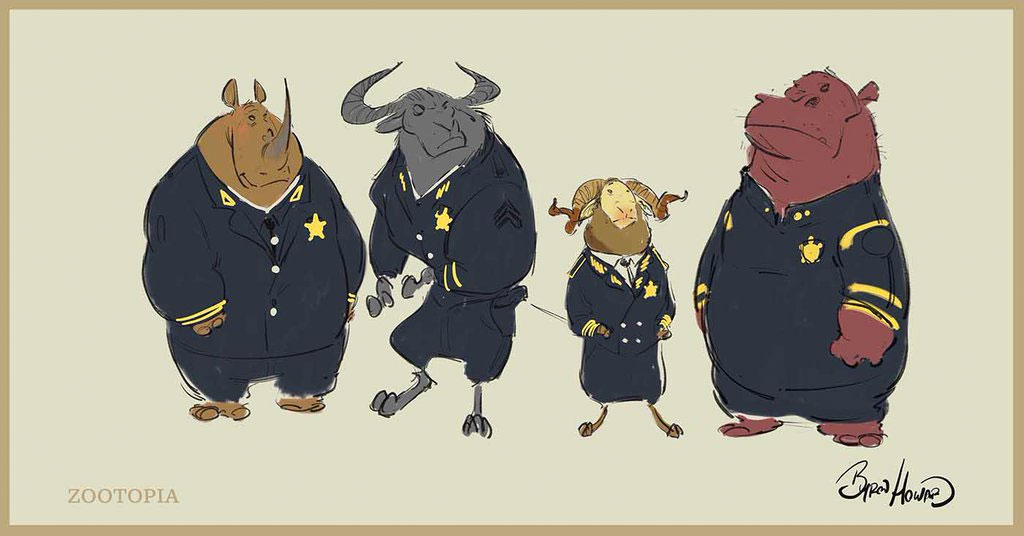 I think it’s very clear that the characters evolved and changed quite a lot over time.  The fox-and-rabbit dynamic we got was consistent throughout most of the pre-production, but Nick and Judy (once they were named that, rather than Jack and Skye) changed from action-spy heroes, to film noir detectives, to a cops-and-robbers dynamic.  The role of main character was primarily on Nick throughout most of production, but they changed it to Judy with only a few months left before release.  Characters like Gazelle, Finnick, and Clawhauser survived many of those early iterations, but Chief Bogo, Mayor Lionheart, Yax, Flash, and a majority of the other characters in the film did not exist until much later in the game.

My point is, the script for Zootopia was rewritten over and over again, and each one was very different.  The early sketches bear only passing resemblances to the final product, which is how animated films work.  They’re fluid, constantly changing and evolving.  A character that started in one role can, and usually does, end up playing an entirely different one by the end of production – if they survive at all.  (R.I.P. Old Goat Meter Maid).  And it’s not just characters that do this: settings, plot points, narrative structure… all these things evolve over time as it goes on.  None of them are as they began.

But hey, if Goldman and Esplanade want to claim that they had pitched a movie to Disney back in 2009 that is practically identical to the Zootopia we see today, without ever undergoing massive changes (and even including near-identical lines), then they are certainly free to do so.

However, to me, the final nail in the coffin is this: if Goldman was working on developing a franchise around his “Zootopia” concept, which he claims to have worked on for nearly a decade (2000-2009), then I have to ask: Why did neither he, nor Esplanade Productions, register the collection of art and other concept materials with the United States Copyright Office until February 10, 2017? (p.11, paragraph 34)

If a line of questioning like that isn’t brought up in court, I will be very surprised.

That’s my two cents on the matter.  I’m not a lawyer, and this isn’t ZNN’s legal opinion.  We bring you the news, not the law.  Ultimately, this matter will have to be settled by a judge and/or jury in the State of California.

I’m Andy Lagopus, and remember, even if you’re in a court of law…