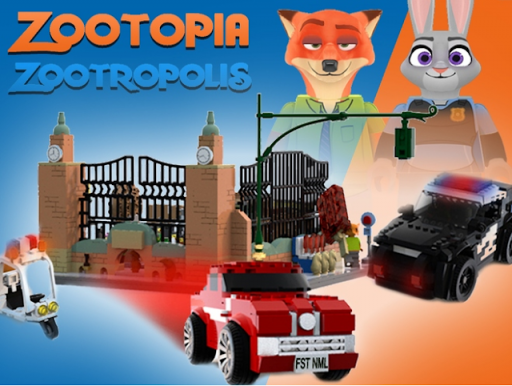 Back in April, we got a request to promote a project on Lego Ideas- a site where people can recommend sets for Lego to make.  It’s a bit like that think tank in The Lego Movie, where all the master builders are plugged in to come up with ideas for new Lego sets.

It was only natural for people to think “Hey, you know what would be a great movie tie-in set?  Zootopia!”.  And when I say “natural” I mean “what the heck are you doing Disney, this is a golden opportunity, get on it.”  But I digress.

Since we last reported on it, this project, whose goal is to get 10,000 supporters so that it gets Lego’s attention, has gotten about 577 supporters.  Back then, ZNN didn’t really have much of an audience, but now it’s time for another signal boost.  Let’s see if we can get over 1,000 by the end of January!


Go sign up to show your support for a Lego Zootopia set over on Lego Ideas here!

And check out additional concept images after the break!