Featured Stories
Well, the people have spoken!    The post we made that asked this question was by far the most commented post on the site, with over 40 comments discussing it.  Wow.
With an almost 3:1 ratio in favor of a second movie, I think it’s clear what we want.  Now, whoever works at Disney that reads this blog (I know you’re there, don’t deny it!), you have empirical proof from your most devoted fans!
Though there were quite a few people saying they would like both, so you should take that into consideration too.  We would not complain.
Here are the full results! 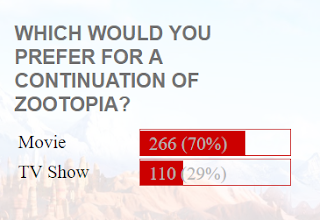