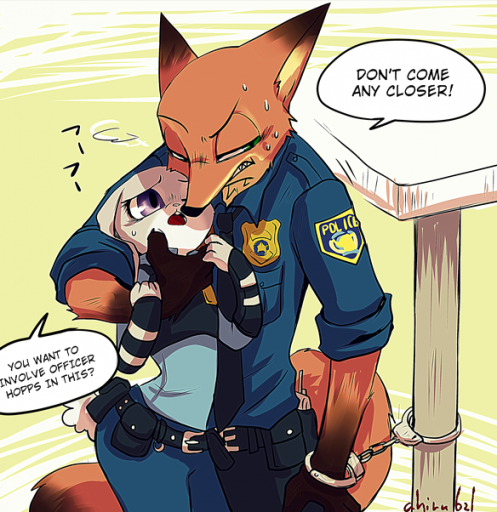 Oh boy, Nick!  What has he gotten himself involved in?  What could possibly make him hold Judy as a hostage! Did he do something to anger Mr. Big?  Did he turn out to be a double agent this whole time?  Was everything a giant hustle?!

…or is this just his attempt to fend off a Japanese tradition of some sort?  I honestly don’t know, but I’ve heard that some people do this.  I won’t judge, I have some pretty odd family traditions myself.