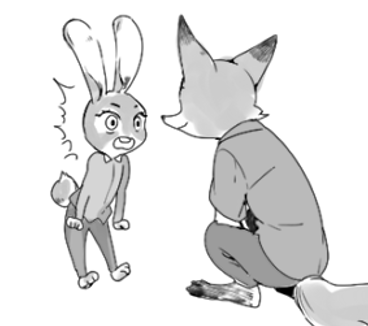 And let’s be real here- when Judy is told she can’t do something because “it just isn’t done”, that just fills her with even more determination to do it.  And if inter-species relationships aren’t a common thing… well, that’s not going to stop her!

Thanks to RToasts for the translation, gfcwfzkm for the editing, and @mongoose369 for the original comic!  Check it out over on tumblr, or after the break!