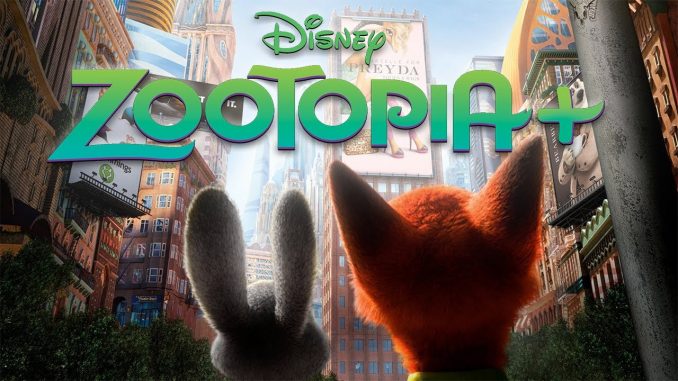 Zootopia+ is almost upon us, I bet you can almost taste it! But first, it’s time for yet another look at the production notes Disney released to help whet our appetites.  Today, we’ll be focusing on the behind-the-scenes staff who often don’t get the credit they deserve. We have already covered the Directors, so now we’ll be looking at the other people in the project. After all, animations are only as good as the people that make them.

Speaking of animation, we have  Nathan Englehart who leads the animation team with the vital task of bringing our furry friends back to the not-so-big screen. Jim Finn joins him as a first-time designer looking to get his feet wet outside of credit animations. They will work hand-in-hand with the cinematography team who collectively face the challenging task of coming up with unique spaces and locations to inhabit. Zootopia has a diverse number of regions to pick from so I have no doubt they’ve got something unique and tasteful for each episode. Gregory Smith will be handling visual effects and transitions, working closely with the animation team to make everything smooth and fluid.

To put everything in context, Mike Herrera has brought his skills as a story artist and is looking to take the helm of the storyboard team. He is looking forward to being advised by Clio Chang, Allen Ostergar, William Patrick, Jeremy Spears, and Andrea Walker. This team will look at the way Disney used to do shorts and use that process to expand the existing universe. Their goal is to evoke different emotions and feelings with each episode, but ultimately, the team just wants to have fun with it.

And for the finishing touches, we always need some good music and sound effects. Curtis Green and Mick Giacchino will be heading the musical score and look to put their own spin on Zotoopia’s amazing soundtrack. Gregory Smith will be working on the visual effects and transitions.

There is no doubt that the whole team has been working to pull off a very daunting task. We can only hope that the project will become a hit and get the attention it deserves. For now, though, let’s just keep this hype train rolling and show these people our appreciation for all their hard work. All aboard for Zootopia+