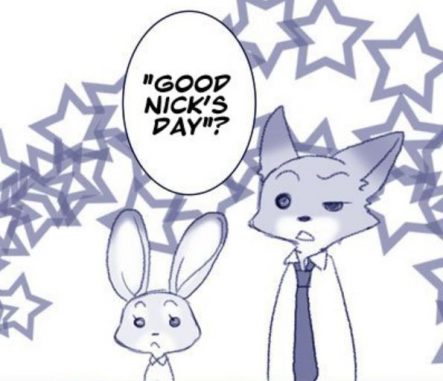 The art of courtship is an interesting and unique one. Engaging in rituals to attract mates is a concept that transcends not just groups, but entire species, with each often having its own unique type of courtship. But what about when you that interaction between two completely different species like say…oh I don’t know, a fox and a bunny?

In a recent comic strip by izumi_h27  and translated by ZNN’s very own TranslationBear, we get to see for ourselves as Nick tries out some courtship “techniques” of his own with Judy. Will they be enough to sweep the bunny off her feet? Or is the fox going to end up falling flat? I guess you’ll have to read on and find out!

Check the original and translated versions of the comic below.