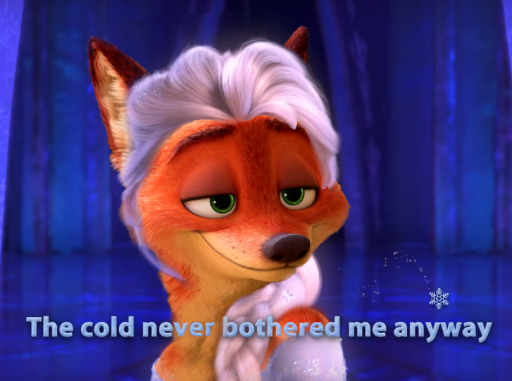 As a Disney Princess! Well, kind of, anyway. Twitter user @WriterDdy, aka Maddie Rose, captured a video of a Disney employee in a Nick suit dancing to Let It Go at a theme park. Check it out on Twitter, or get it below!

*other than the wonderful art of this scenario by Trashasaurusrex, of course