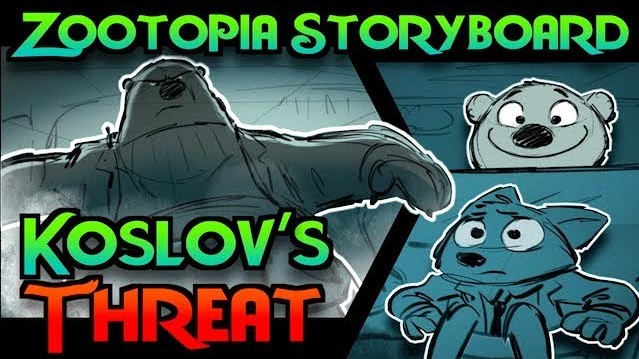 This time around we have our old friend MickelPickelVoiceActs doing double duty as old-style Nick and Koslov, with the inimitable Cas VoiceActs taking up the mantle of little deleted scene incarnate Morris.

It’s not entirely clear if Zistopia could have worked with as much smashing success as the version we got, but at least the creators were kind and receptive (and a bit perceptive) enough to leave us with all their discarded ideas so we could pick up the pieces and try to figure it out.

This dub of a storyboard, in animatic form, recalls the days when Koslov was king. Czar. The bad guy. A vindictive loan  shark with no chill (ironic) who will break Nick’s face for failing to have his money. He’s bear-handing Nick and ready to make mashed potatoes out of him.

His salvation comes from a pitch-perfect example of the classic, hard-to-pull-off comedy routine of “repeat until funny.” I won’t spoil it, it must be seen and heard to be truly appreciated. Just click the link, prepare to laugh and give some love to the hard-working dubbers that made this all happen. Again.