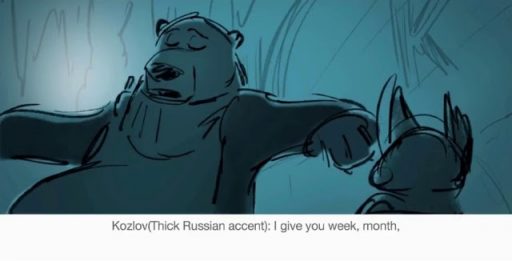 I actually appreciate these dubs! They give the deleted scenes a lively feeling by giving it a dub, and it becomes more and more legitimate as if they were actually in the movie!

The Zootopia Dubbing Channel is back at it again with another dub. This time around, they provide a spin on one of the deleted scenes of Zootopia back when the story revolved around taming predators with collars, known in the fandom as Zistopia.
The scene was originally drawn by Chris Hubbard during its early stages and was cut during Zootopia’s story transition. However, the ZDC gave it a good light of life by giving the scene an amazing dub. (Seriously, whoever did Koslov’s voice deserves a pay raise!)
Check out the comic dub right after the break!