In fact, the city jail played a much bigger part in the discarded ‘Shock Collar’ version of Zootopia than in the theatrical release. In that first iteration, Nick Wilde went to jail on a frame-up and later made an escape.

In remembrance of that, today’s Art of the Day collection is dedicated to the Zootopia and the Big House.

Enjoy, and don’t forget to show the original artists some love by clicking on the source links

This is a piece of concept art from the Zistopia version of the movie.  This was where Nick was supposedly going to end up and then make an escape.  (More on that later.)  Judy looks pretty worn out here, doesn’t she?

Very popular image with the Zootopia fanart crowd: Nick and Judy in prison jumpsuits.   For those wondering how this could have happened (folks always ask when they see one of these pics), I submit that their decision to enlist Mr. Big’s help in getting Duke Weaselton to talk was eventually uncovered.

Here they are with Dawn Bellwether.

The gang’s all here!

Don’t ask me why, but Judy and Lola Bunny in prison garb together seems to be another popular fanart theme.

Some images of Nick serving time in prison.

The most popular Zootopia slammer pics are, or course, the ones featuring Dawn Bellwether.

Of course, if you’re going to have a jail, you’re also going to get the occasional jailbreak!
(Interesting piece of trivia: the prison slang term for making an escape is ‘going rabbit.’)

Here’s another concept art piece from Shock Collar Zootopia: Nick preparing to make a run through Little Rodentia after breaking out of jail.

“There ain’t the joint what’s been built that can hold THIS sheep, see?”

Nick on the run again.

That’s Robin Hood on the right; he seems a little more confident here than Nick, don’t he?

Dr. Honeybadger (remember her?) preparing to go over the wall.

Here she is in a more contemplative mood.  Looks like this honey badger’s been doing some hard time.

This was the closest thing I could find to a pic of Mayor Swinton (the baddie from Shock Collar Zootopia)  in her prison guard role from the theatrical release, 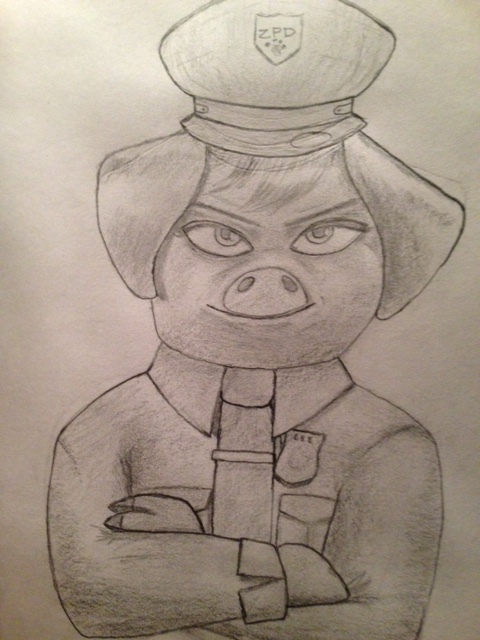