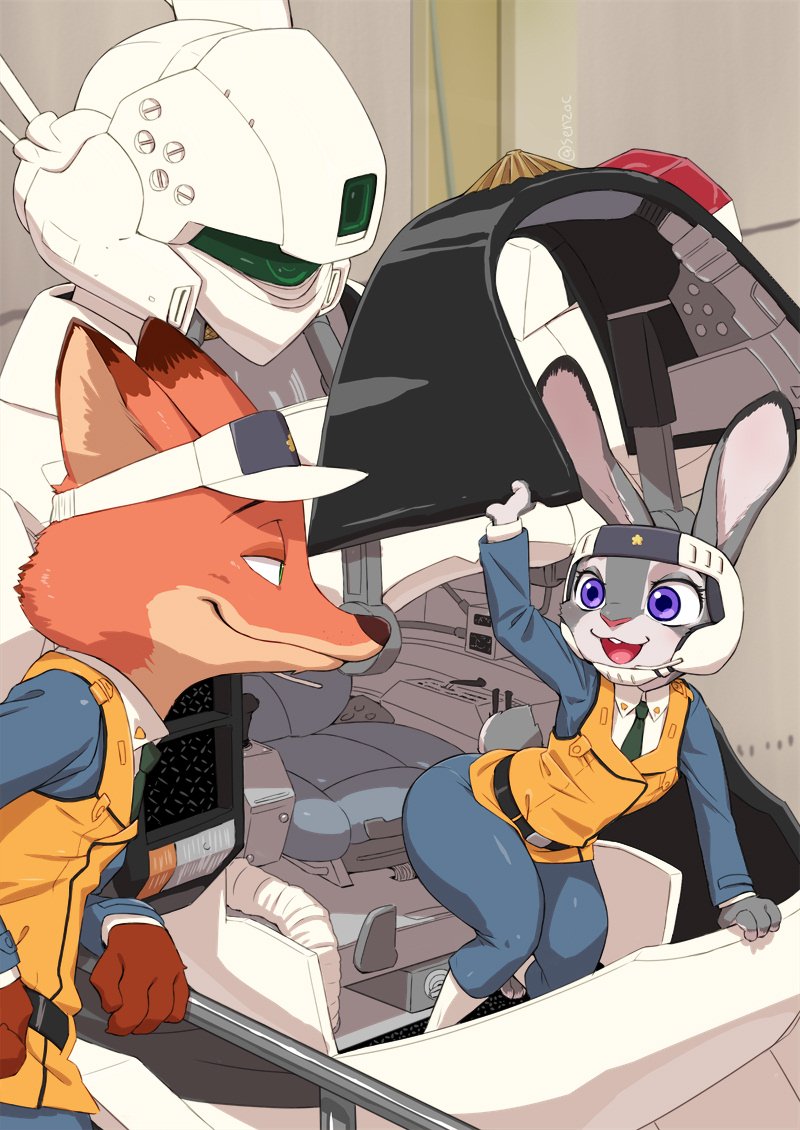 Zootopia fan? Cool. Dig giant robots? You’re even more in luck! Zeeplabor: The Early Days mashes together Zootopia with Patlabor: The Mobile Police in a crossover that hits some familiar beats: Judy Hopps wants to join the police force, and lo and behold, now she can, thanks to Zeeplabor. A chief difference? Nick Wilde’s already working for the police, but don’t for a second think that means he’s anything but his usual self. Packed with action, humor and amusing storylines, Zeeplabor: The Early Days is definitely an AU you don’t want to miss. ~YFWE

Description: In Zootopia, only small mammals can pilot the giant industrial robots known as ‘Labors’. The advent of the ZPD Patrol Labor – or ‘Zeeplabor’ – has given Judy Hopps the opportunity to pursue her lifelong dream of joining the police. However, driving a giant robot isn’t as glamorous as it seems, and the slacker fox assigned to back her up is NOT helping!

Additional tags: i wanna drive a robot too thanks