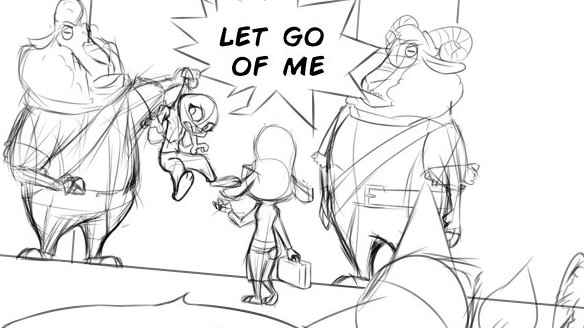 This is an… interesting concept. Honestly, I LOVE it a lot. It may seem unusual at first, but tbh, Nick would be a really great plant. No doubt about it. He would be the same Nick Wilde we know and love, just with all the great qualities of being a plant! Honestly brilliant.

If you think the community couldn’t come up with more crazy antics. Prepare to be proven wrong. There a ton of different Zootopia AUs out there in the world, but nothing could potentially be as powerful as Nick Wilde the Plant.

Around last month, TheBlueberryCarrots created a little short comic on Nick Wilde as a plant for FeverWildeHopps’s AU, without any context. Although it is short, it does show lots of potential on what Nick the Potted Plant can do, and is honestly one of my favorite things that has spawned in the community!

No context other than Nick is a potted plant pic.twitter.com/vYb5UJ7yBe

[and yes, there are actually 2 different blueberrycarrots ;)]