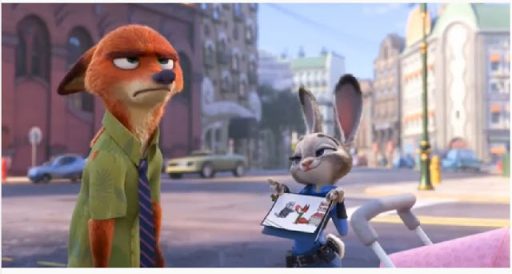 What’s this?  Footage from the cutting room floor?  OFFICIAL deleted scenes that are more individual shots than scenes (but who cares we’ll take it anyway)?!

That’s right!  Minor Jose Gaytan, a Character Animator at Walt Disney Animation Studios, has released some of his work on instagram! A common technique in animation is to record yourself performing the action you’re animating, then using the video of that performance as a reference.  After all, animation is just as much acting as it is drawing.

So what scenes did he work on?  There’s a part of Judy’s Hustle that got cut, the original Jumbo Pop scene, the old doctor’s visit scene (from the shock collar storyline), and a few others.  He even did the acting for Judy’s overdramatic “blood, Blood, BLOOD!  And… death!” scene in the museum.  It’s all absolutely brilliant.

Check out his work on Zootopia after the break, and his work on other recent Disney films over on his instagram, @minorsaurus_rex!

Scooped up from the #zootopia #cuttingroomfloor is the first #nickwilde #dialogue shot. After getting ran over by an #elephant #truck , #nick visits #doctor #armadillo in which he asks if he ever had his #shockcollar off. 🦊 #rip #disney #animator #subtle #animation #waltdisney #waltdisneyanimationstudios #characterdevelopment #actor #acting #reference #levelup #anthropomorphic #jasonbateman #fox #collar #pantsoff #relax #sarcasm
A post shared by Minor Jose Gaytan (@minorsaurus_rex) on Jul 3, 2018 at 1:00pm PDT