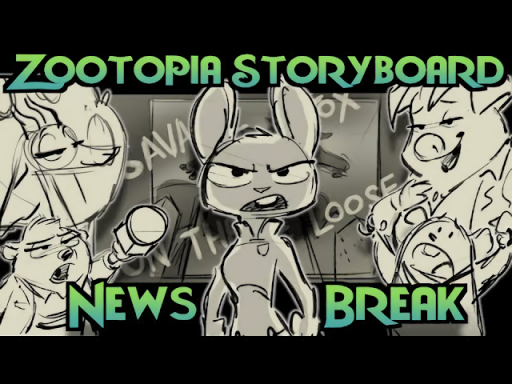 Mickel has done it again! This time covering one of the early drafts of Zootopia’s script, he and a bunch of other talented VAs have dubbed this piece of storyboard quite beautifully. It’s definitely worth a watch.
The storyboard focuses on the dystopian version of Zootopia, where predators are forced to wear shock collars. Nick Wilde, being one of the predator fugitives, has escaped a chase through Little Rodentia from none other than Judy Hopps herself, resulting in her appearing on media!
Thanks to MickelPickel, CasVoiceActs, ForeverEvee, FutureInspirationsManifestations, and a few other people that contributed to this particular dub! Get the juicy stuff after the break below!