It’s been 5 months since we hit 3 Million, and what an absolutely insane 5 months these have been.

We got an exclusive interview with Byron Howard. Gary Goldman brought a lawsuit against Zootopia and it got tossed out by the judge.  The St. Paul Police Department used Zootopia in their training.  We finished our Ultimate Thank-You Card Project and began our series of almost-animated interviews.  There have been huge comics, thousands of new pieces of fanart, and more stories than I can count!

Wow.  As far as I’m aware no community has ever formed like this around a single movie.  It’s absolutely amazing.

Through it all, there’s been enough drama to fill an entire season on broadway, but this magnificent community of ours still stands strong!  Bravo to all of you!  We will not fade into obscurity, but will sail the great ship WildeHopps (or whatever alternative ship you may prefer) across the world!

Since our last “Meet the Team” post, we’ve had a lot of changes among the ZNN staff.  Friends have come and gone, bats have disappeared into the night, and real life has caught up to a lot of us.  But we’re still here, we’re still going, and we’re not going anywhere as long as this community continues to make amazing things!

Join us after the break as we officially introduce the newest members of the team, with art by the magnificent Quriky-Middle-Child and Sendrax!


Starting off, I’m sad to announce that the forum Zootopia.Rocks is now closed.  For those of you unaware of what Zootopia.Rocks was, it was a message board and forum for all of us Zootopia fans to talk on.  However, it never really got the sub-community that the creators were hoping for, so they eventually had to shut their doors.

BUT NOT ALL IS LOST!  Most of their staff, who were already kind of a part of ZNN as we were partenered with their site, have since joined ZNN properly, as new Treasure Hunters!

and Markoatonc (or Marko for short)!

Not only that, but we also have another new addition to the Treasure Hunting team!

Hey, put on some clothes!  This ain’t the Mystic Springs Oasis!

Now, a “Meet the Team” post wouldn’t be complete without our ever-watchful Abyss Gazers!  They have done an absolutely incredible job making sure that there is either a new fanfic or a story update post practically every day.  In fact, some days they’ve been the only thing we’ve posted, so for all their hard work, let’s give the Abyss Gazers a round of applause!

A lot of this was made possible by the two newest additions to the Abyss Gazer team:

Ron, the new Secretary to the Abyss Gazers 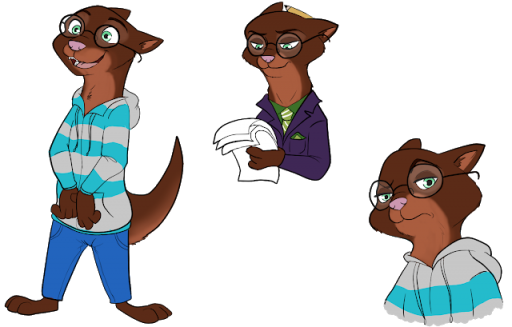 Before you ask, no, we don’t have a rigby on the team.  Though that would be funny.

Finally, while they have been a part of the ZNN team for a while, their Zoosona wasn’t ready last time we did one of these.  So, give it up for the master of social media…

That’s everybody this time!  I’ll see you at 4 Million!  Until then, remember, as always…