Welcome back to FreezeFrame, where we take a closer look at some of the tiny details that you may have missed from the movie!

Normally we make jokes and observations about them, but since it’s finals season for many of us, let’s take this opportunity to do some studying!  While doing sit-ups.  On a ladder.  Geez, this bunny is hardcore.

We’ve taken the above frame from the movie and blown it up as large as we can to try and reconstruct it for you!  There are some parts where the shadows obscure the words a little too much for us to be able to read clearly, but hopefully one day Disney will release Zootopia in 4K resolution.  We’ve marked those parts as [unknown], but for the most part, we were able to read these two pages of Judy’s textbook very clearly.

So, what is Judy actually studying so late at night?  Find out for yourself after the break!

(Spoilers: It looks like it’s about proper pepper spray procedures.  Can one of our police fans confirm if this is actual standard police procedure?  Let us know down in the comments!) 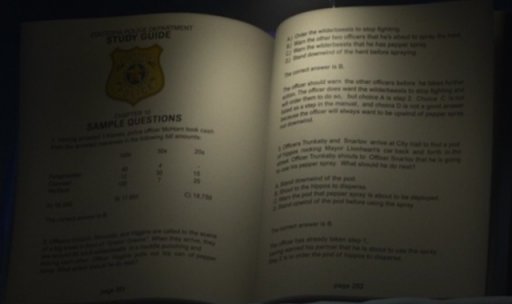 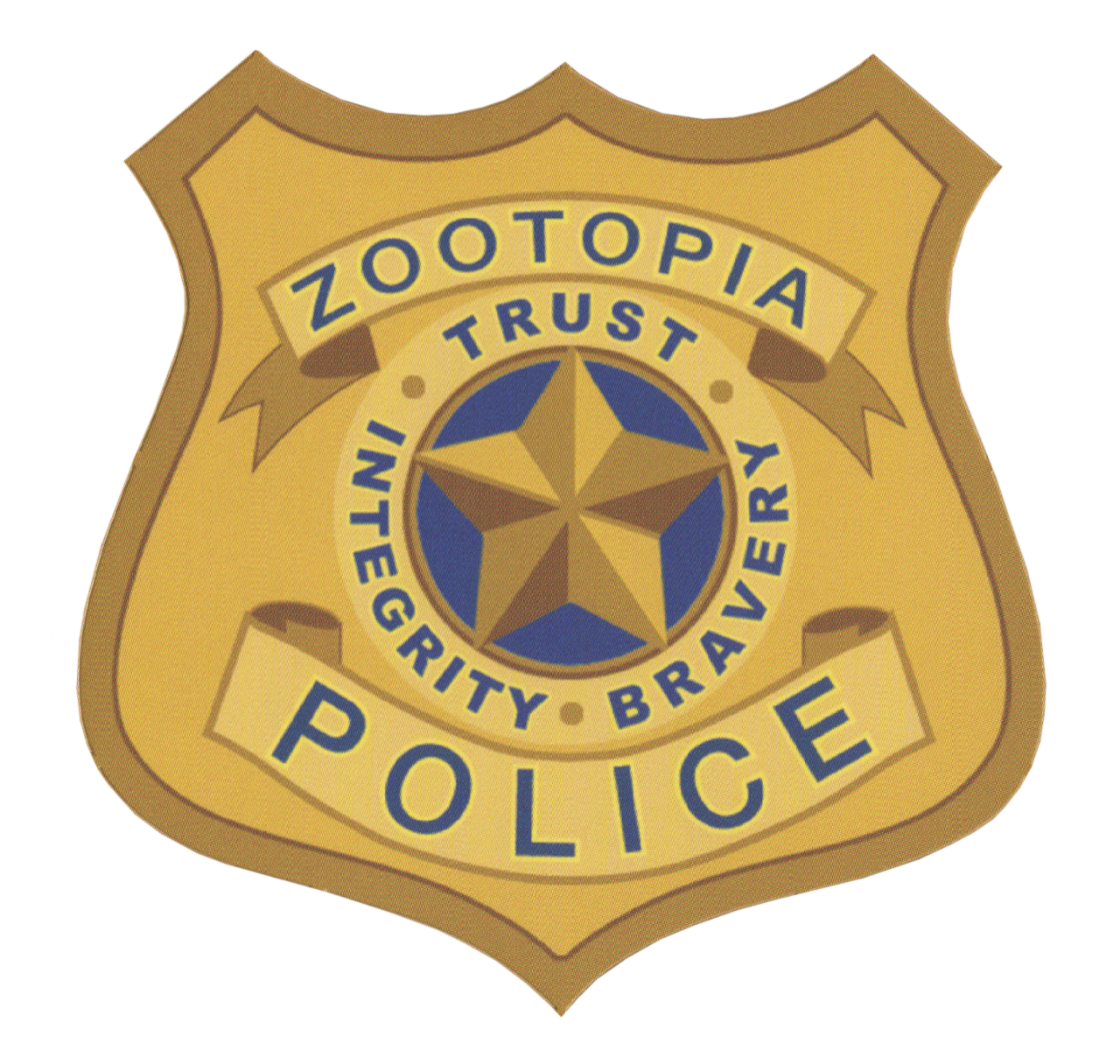 2. Officers Grizzoli, Rhinowitz, and Higgins are called to the scene of a big brawl in front of “Grazin‘ Greens”.  When they arrive, they  see around [unknown] adult wildebeests in a muddle punching and kicking each other.  Officer Higgins pulls out his can of pepper spray.  What should Officer Higgins do next?

The officer should warn the other officers before he takes further action.  The officer does want the wildebeests to stop fighting and will order them to do so, but choice A is step 2.  Choice C is not listed as a step in the manual, and choice D is not a good answer because the officer will always want to be upwind of pepper spray, not downwind.

3. Officers Trunkaby and Snarlov arrive at City Hall to find a pod of hippos rocking Mayor Lionheart’s car back and forth in the street.  Officer Trunkaby shouts to Officer Snarlov that he is going to use his pepper spray.  What should he do next?

A. Stand downwind of the pod
B. Shout to the hippos to disperse
C. Warn the pod that pepper spray is about to be deployed
D. Stand upwind of the pod before using the spray

The officer has already taken step 1, having warned his partner that he is about to use the spray.  Step 2 is to order the pod of hippos to disperse.