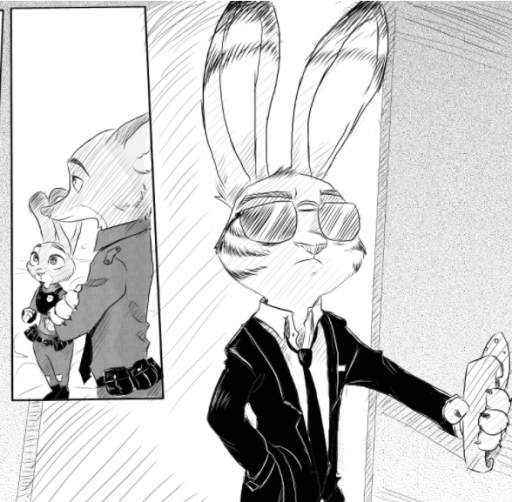 Jack Savage: The coolest character never on the big screen.
Seriously, out of all the characters I hope to see at least cameo in a Zootopia Sequel, it’s Jack.  He only ever really appeared in one piece of concept art (that we know about) but man, he could have stolen the show.  You know a character has an appealing design when one picture is all it takes to spawn countless stories and comics about him.
Black♡Jack is a long-running series by the phenomenal Rem289, which… I honestly don’t know why we’ve never featured it before now.  I always kinda assumed we had covered it, but recently I was reminded that no, we hadn’t.  Whoops.
Let’s make up for lost time, shall we?  Check out this massive comic over on tumblr, or after the break!