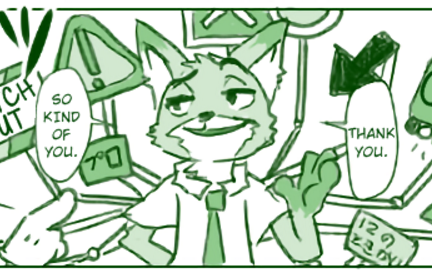 Yesterday we got a look into Finnick’s life.  Today, let’s take a look into Nick’s mental landscape.

This comic does a phenomenal job of breaking down the transformation that Nick went through over the course of the movie.  I absolutely love some of the quotes from this. (I assume they’re just as impactful in the original Japanese version).  For example:

“If pushing back against bias and bigotry isn’t necessary, then getting hurt by them isn’t either.”
“Forging a path of ambition over a life of normalcy, she broke through in the end.”

And that’s all I’m going to say before I get into major spoilers territory.  Seriously, go read this one.  It’s fantastic.

Thanks so much to つる (@Turu_Picca) for this amazing comic.  And thanks to LMAbacus for the translation and editing.  Check out the original over on Pixiv, and the translated version after the break.

Remember, it’s manga, so read from right-to-left.  It’s especially important for this one, since it’s narration-driven. 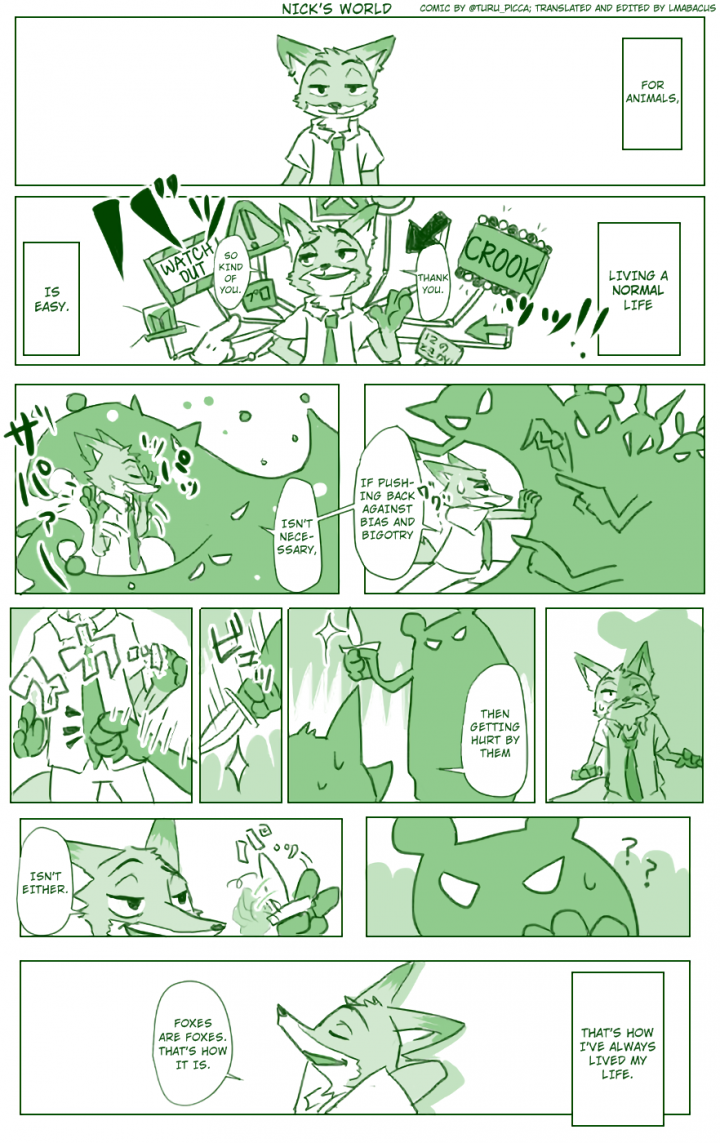 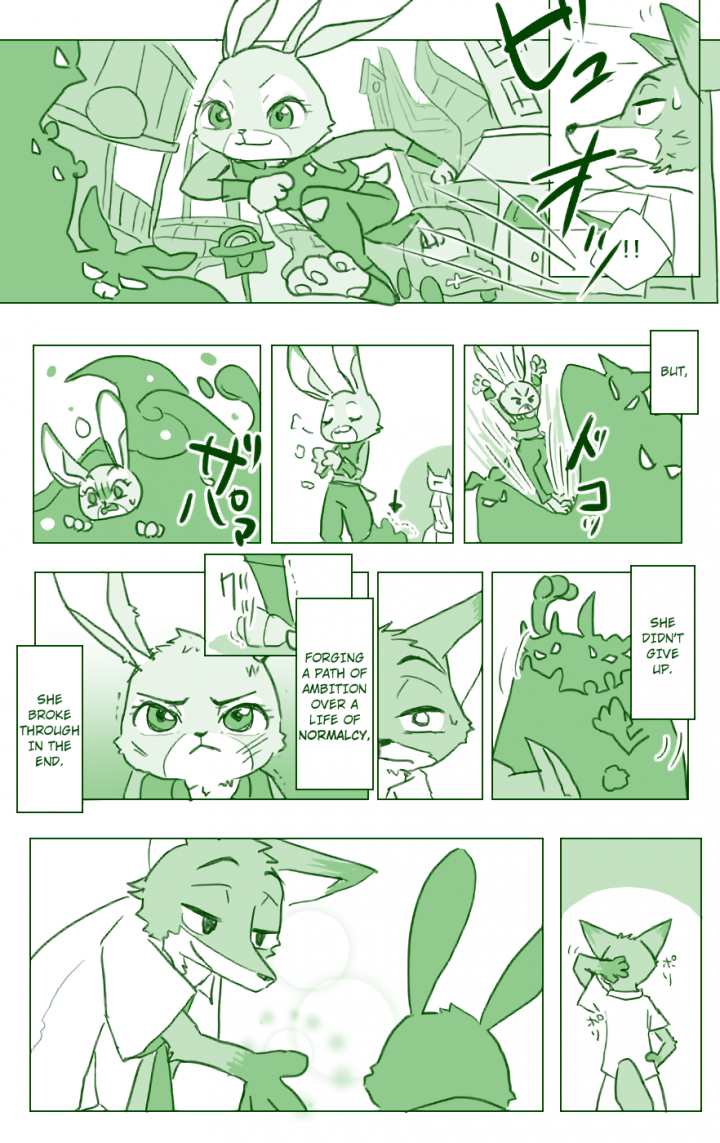 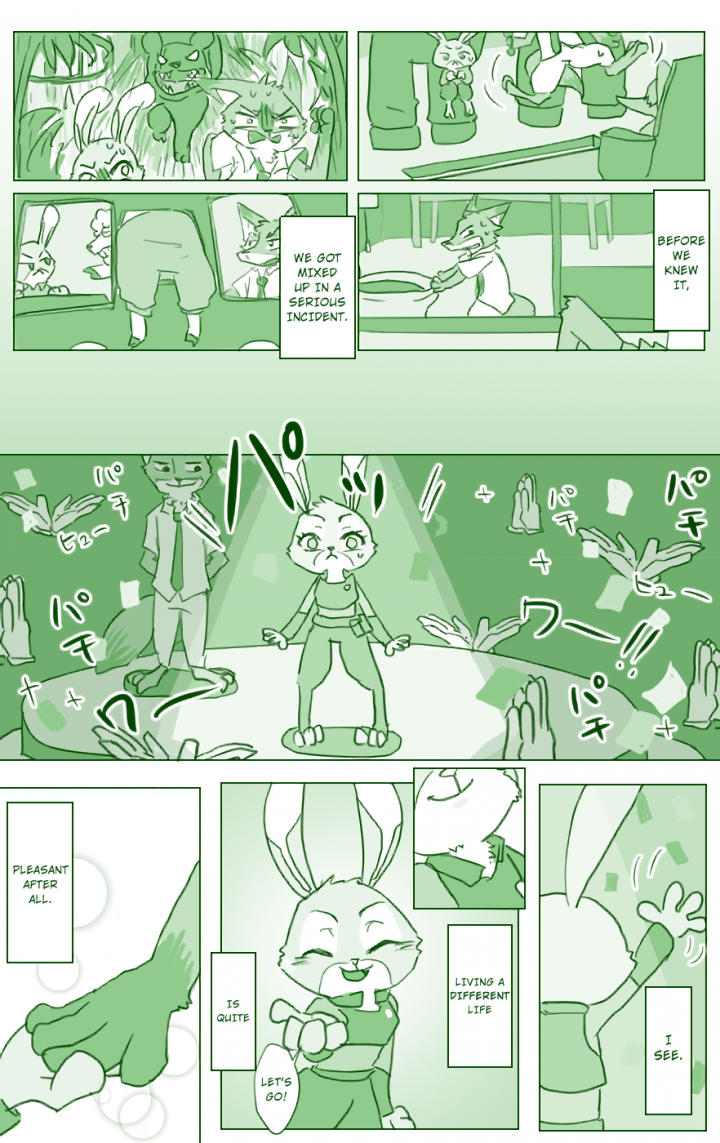 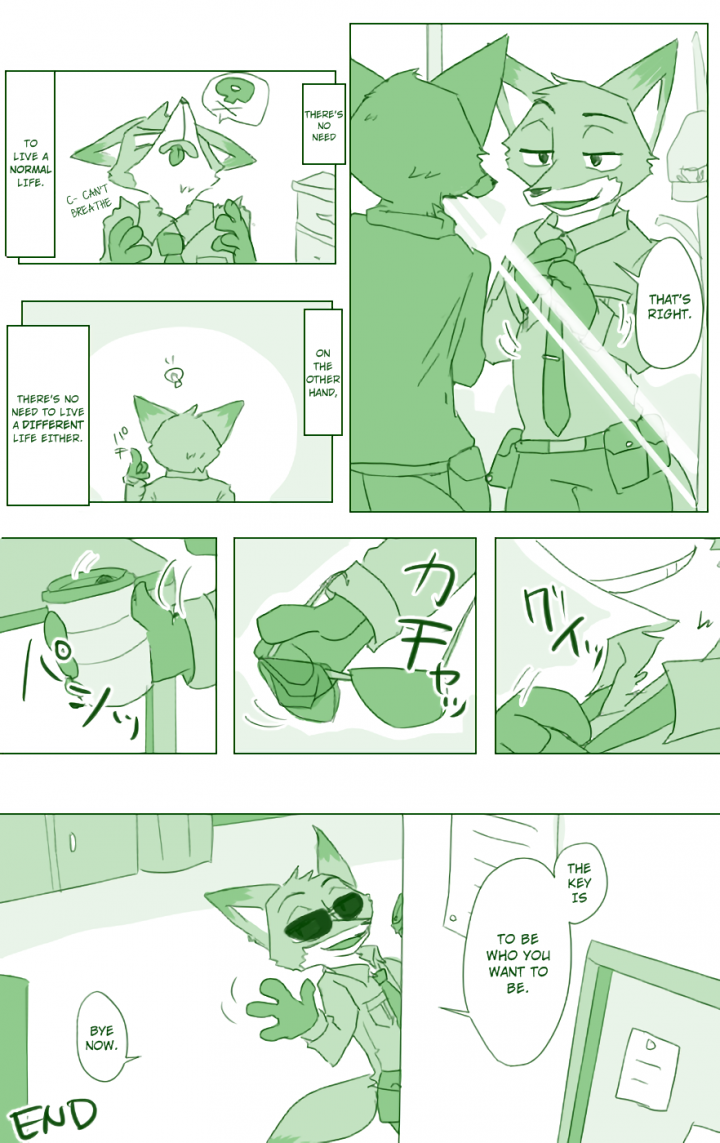