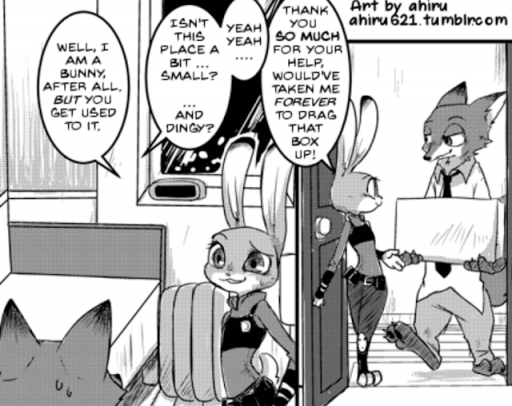 Man, we’re really on a comics kick today.  I’m willing to bet that by the time you’re finished reading this, there’ll be a new Zootopia comic online.

So, this one was originally in Japanese.  Then somebody on reddit translated it.  However, the original artist, Ahiru, wasn’t exactly pleased with the first translation.  Apparently it lost some of the humor they were going for.

Enter gfcwfzkm, n00btankz, and Shadow9692, ZNN’s Comic Translation Team!  The author sent us the original kanji they had used when writing, and after a little bit of back-and-forth, we have the Official translation of the comic!

Check it out either on gfcwfzkm’s Tumblr or after the break!  The original Japanese version can be found here!


[Quick note for those unfamiliar with Manga, or Japanese comics- they’re meant to be read from right-to-left, not left-to-right like english is.] 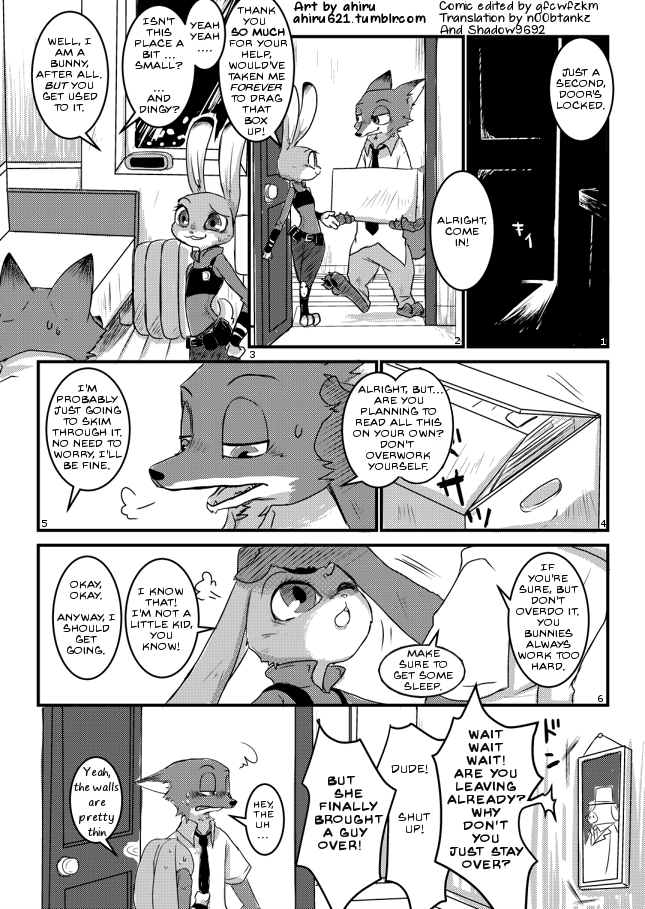