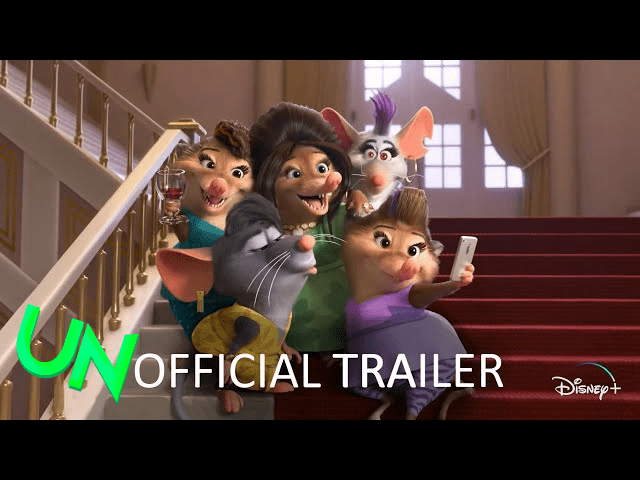 We got some amazing news about Zootopia+ over the weekend from the Josie Trinidad interview over on What’s Up Disney+! Alongside this interview were new film clips of the individual shorts that we had not seen before. Gathered together below is a collage of clips shown from this interview, but in all one single take/viewing! Although stated as official in the thumbail, it was put together by a channel unaffiliated with Disney, but nonetheless still a passionate fan of the property.  The attention to detail is stunning and already fans have spotted old favorites hanging out in the background of many shots, like Gary and Larry! The sheer amount of world building is incredible and on full display in each of these clips, no doubt prompting many fans to pick apart each frame to find hidden details!

Video put together by Deleted by Disney.

Speaking of details, they’ve also revealed a bit more about what specifically each short will be about – or more accurately, at least what four of the shorts might be about. Josie Trinidad in the interview stated that each short would be a parody of a well-known or familiar genre and pointed out which ones would cover what:

The first genre they cover is with the Real Rodents of Little Rodentia and how it parodies the reality TV sort of show. It should be a fun romp through Mr Big’s daughter, Fru Fru and her friends – no doubt getting ready for the wedding and filming it all as they go!

The second genre they point out is film noir and given what few clips we see of it, it could very well be a gripping detective thriller involving Mr. Big and his Grandmama as they seek to stake their claim in Zootopia.

The third genre was said to be an action set piece, more akin to a chase sequence. From what we can gather from a small clip involving Judy Hopps on the train, there’s a Hopps stowaway that Bonnie and Stu must race to recover, with tons of thrills and unexpected cameos like Yax and his Mystic Oasis crew.

The final genre they point out specifically is the musical genre. It’s a bit hazy on what exactly this short will entail, but most likely Duke Weaselton’s dreams of making it big in Zootopia – no doubt plunging into failure than success, but it doesn’t hurt to dream big!

Although not specifically stated, it does appear that So You Think You Can Prance might be a parody on the Talent Audition reality show that is still in vogue today, with Gazelle as one of the judges to grant her approval or dismissal to all the hopeful contestants. Sing crossover when?!

The last short where we’re the least clear on what genre it is parodying is Dinner Rush. Most likely it’ll entail slapstick comedy involving the vast difference in speeds between Flash and Priscilla with an unknown/unnamed otter waitress and the rest of the restaurant staff! Also, Gary and Larry are here! Seems like quite the hoppin’ joint!

And that’s all the specifics we’ve got for each short! Maybe these story predictions might be 100% on the mark, or we could be way off! We’ll all find out for sure on November 9th when it streams on Disney+! See you there!