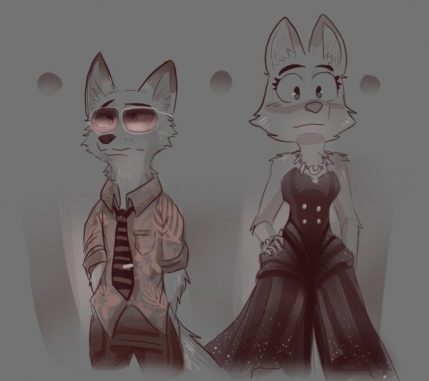 Anthropomorphic movies, furry movies, funny animal movies; Whatever it is you want to call them, their impact on both the big and small screen has been felt for ages. From classics like Mickey and Oswald to more recent hits like Bad Guys; there is no shortage of the genre.

So of course it was inevitable that two of the most recent hits in this genre, Zootopia and Bad Guys, would cross paths. Could the big bad wolf find a home in Zootopia, or a clash of conflicting personalities (and career choices) lead to trouble?

Well SoraArt513 decided to put this question to the test in a recent comic where Diane and Nick the two worlds collide as Diane and Nick cross paths. Looks like Mr. Wolf might have a thing or two to say about that, though. What would Judy think of this new foxy lady and how do you think Mr. Wolf will react to a new contender among the pack? Find out in the strip below or check out the dubbed version on YouTube.