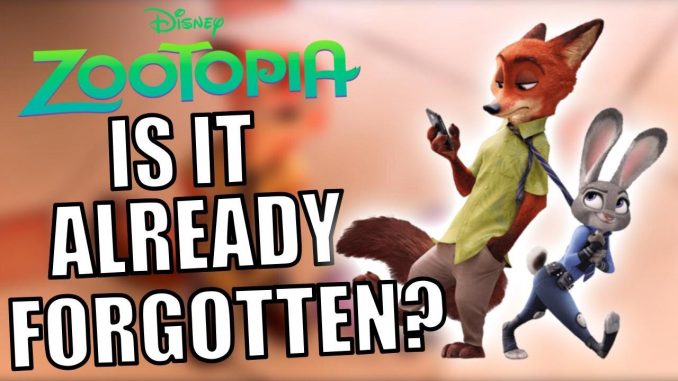 I probably don’t need to tell you how great of a movie Zootopia is at this point. I mean come on, we at ZNN have more or less been conveying that message in one form or another for the past six years now. That being said, it can be argued that despite its success, Zootopia doesn’t get nearly as much attention as it deserves compared to other Disney films of similar calibre. How could such a wonderful movie seemingly fall through the cracks of the entertainment industry? Well, Smarty Pants, has a theory on the matter and posted a video discussing it on YouTube that makes for an intriguing take on the topic. Plus, they also talk about what makes the movie so great and while we don’t exactly need to be reminded of that point, I know I certainly never get sick of hearing people singing their praises of it.

Check the video out for yourself down below. Do you think Smarty Pants makes a valid argument? Why not weigh in on the discussion yourself? It’s a mystery I’d certainly love to get to the bottom of.