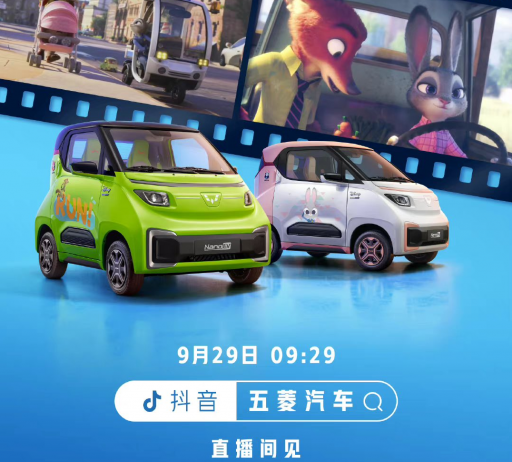 It’s a bit of a joke in this fandom that Asia gets all the best Zootopia merchandise, but this is probably the most ridiculous example of that I’ve ever seen.

Chinese electric car manufacturer Wuling dropped some unexpected news this last weekend at the Tianjin International Auto Show- they are going to be making and selling Zootopia themed Electric Cars, one based on Nick, one based on Judy. This limited edition car, called the NanoEV, is apparently a special version of their preexisting E200 line of electric vehicles. It’s reported to have a motor with 24kW of power, a range of 305 km, and maximum speed of 100km/h. Not only that, but it’s being marketed as a “Couple Car”, a two-seater designed for, well, couples. According to the press release, it will release tomorrow, September 29th, at 9:29 am (time zone not specified). Why that specific time? We don’t know. A price has not been listed yet, but it’s expected to be around RMB54,800, which is about equivalent to $8,500 USD.

As a bonus gift, those who purchase the car will apparently get limited edition Suitcases, which contain special Zootopia-branded products like an Umbrella, bluetooth speaker, and phone mount.

Honestly, this is the last thing I think anyone expected, but it’s a real thing! Huge shoutout to @Mochi_ZPD on twitter for bringing this to our attention! You can find their post (with additional promotional materials that we will try to get translations of in the thread) down below.