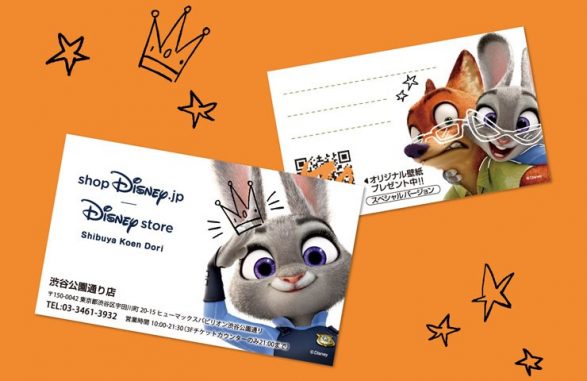 What’s up, everybody? Time for another Zoot merch update from Japan’s Disney Store. This time around, they’re having a little promotional event involving Zootopia-themed shop cards. Because really, who wouldn’t want Nick and Judy’s adorable mugs on their shopping cards?

And if that’s not enough to catch your attention, the cards also come with a QR code you can use to gain access to an exclusive wallpaper. What kind of wallpaper, you ask? Well, it wouldn’t be fair to give it away, but let’s just say the cards aren’t the only thing featuring Zootopia’s top fox and bunny. This promotion’s only around for a limited time, so if you’re looking to pick up some merch from the Japanese Disney Store, now’s the time to do it!