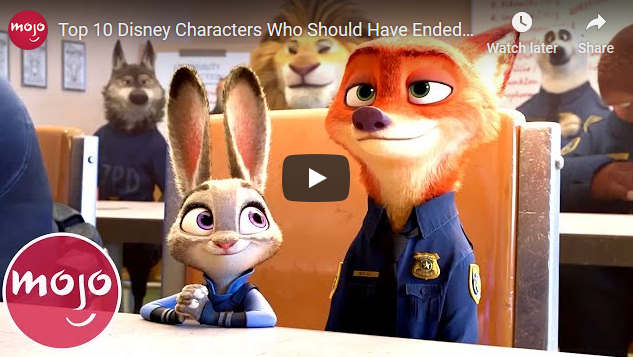 This video looked like a keeper from the thumbnail alone, and SURE ENOUGH, our WildeHopps radar hasn’t failed us yet.

MsMojo’s latest video counts down the 10 Disney characters (well, Disney pairs, more so) who should have ended up a couple in their respective franchises but either unequivocally did not or have not yet.

Not only did Judy Hopps and Nick Wilde from Zootopia make the cut, they’re No. 1.

The video cites the pair’s banter and the fact that the clearly care for each other as just a few of the reasons why the film should have ended with them being a couple and expresses hope for a sequel that will make things official.

Of course, a lot of the reason the clip cites for romance could also be applied to reasons why they’re just really close friends, but hey, it’s good to know there are plenty of shippers in the world outside of a solid majority of the Zootopia fandom. Makes us feel, uh, slightly more sane.