Recently, a Zootopia fan-artist we’ve mentioned before, RaspberriesWH, published an amazing series of crossover pics on his Deviantart page; Nick and Judy appearing in a host of other Disney animated films.

And these aren’t just crossovers to the well-known classics, folks. There are images in this gallery referencing Disney flicks I’d barely even heard of–or in one or two cases, that I didn’t know at all. (Make Mine Music, that was a new one on me.)

So today we’re featuring these images–along with some other artist’s Zootopia X Disney crossover pics by we haven’t shown before.  (We’re not including any crossovers from The Lion King or Frozen, because we published collections for each of them in 2019.)

Enjoy…and don’t forget to show the original artists some love by clicking on the source-links. 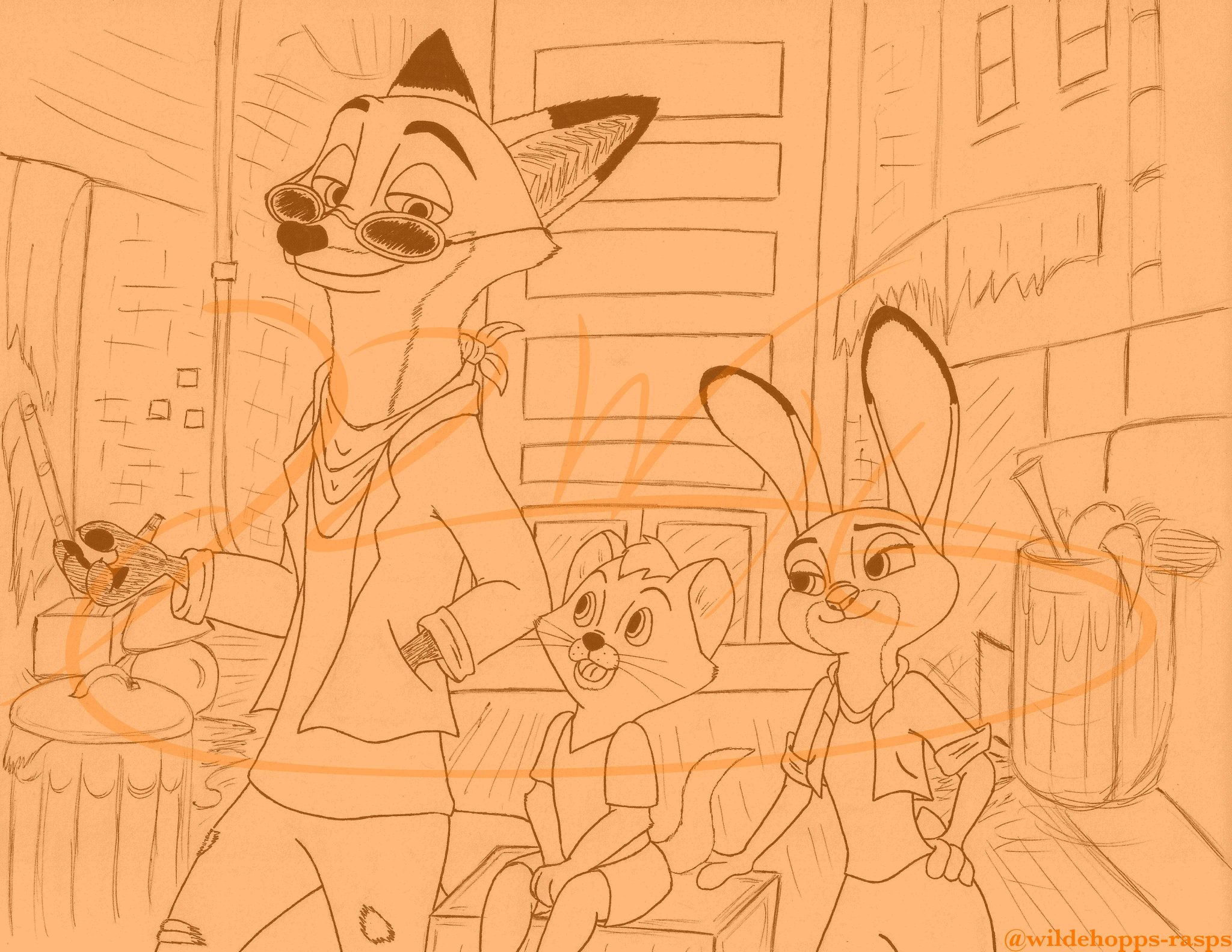 27- Oliver and Company by @RaspberriesWH
Source [34a]

And finally…
Judy, a word to the wise,  just turn around and walk away quick.  This guy belongs with you as your partner about as much as this picture belongs with the others in this collection.