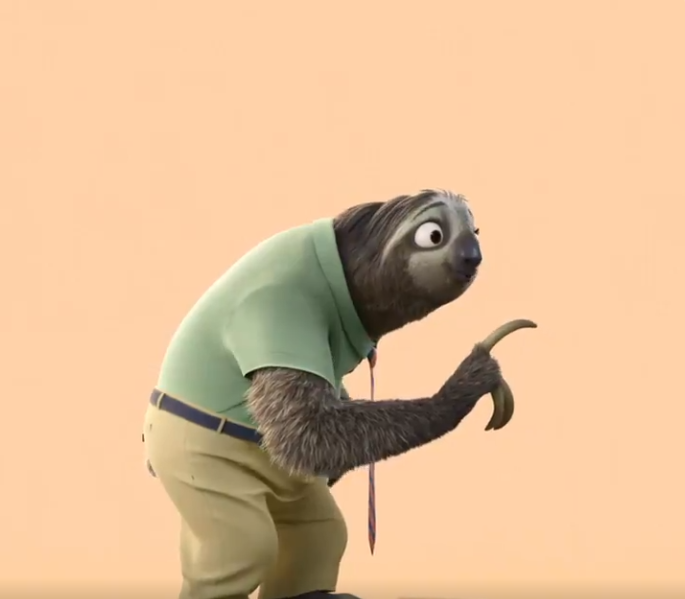 Disney just posted a 90-second video to Twitter, featuring our favorite sloth.  The caption “…wait…for…it…!” could mean anything.   We don’t know what to make of it, but we will be keeping you updated on any possible developments.

However, considering this isn’t just any twitter account, but @Disney, we will be crossing our fingers and hoping for the best.

In the meantime, we’ll go watch paint dry.  It’ll be faster than whatever Flash is doing.

UPDATE: As many of you pointed out, October 20th was International Sloth Day.  We weren’t fully convinced that this tweet was referring to that, as it was posted two days after that.  Unfortunately, it has since been found to be an oddly edited version of the same video they posted on Facebook , just without the words “International Sloth Day” or any hashtags or other way of indicating this tweet was related.  As for those who claim they’ve never seen this animation before, and that therefore it must be new, I’m afraid it isn’t new animation- just a different background to an old promo clip.

Reset the counter, people.  It’s been 0 days since a false alarm.