Quite possibly the greatest paradox in the Zootopia universe is the case of the tiger-striped bunny, Jack Savage and the arctic-fox mechanic Skye. Created as characters for the anthropomorphic spy thriller that later evolved into Zootopia, they were dropped early on in the development phase; (they were gone even before the ‘shock-collar’ version of the film.)

For all that, they remain hugely popular within the Zootopia fan base, both as fanfiction characters and in fanart.

And so this week we present a new collection of images dedicated to the Zootopia’s other fox and bunny. Enjoy…and don’t forget to show the original artists some love by clicking on the source-links.

We open with some solo Images of Skye

the first know image of her; an early concept piece by Zootopia co-director Byron Howard.  Although most artists these days draw her as an arctic fox, I’m not so sure that was ever the Disney Studios’ original intention for her.

One place where the Skye fan-artists do stay true to her roots is that she’s frequently depicted in grease-stained mechanic’s overalls.

Judging by the elbow-pads, I’d say she’s either wearing rollerblades or standing on a skateboard in this pic.

Another one of Andrej S. Kalin’s brilliant trompe-l’oiel pics

Note the bunny-ears on the umbrella.

Awww, don’t you just want to hug her?

After a tough day in the garage, it’s nice to just take it easy.

Even the most mechanically inclined  occasionally meet their match.

She not only fixes rides, she drives ’em

Yep, she’s in this pic, check the car-window

Jack Savage is no slouch in the automotive department either.  Here’s a quick collection of some of his artwork,

♪ “but your eyes follow me around
Why can’t I get you off my mind?” ♫

This picture is kind of an exception to the rule, folks.  Have you noticed?  Most of the time Jack Savage is drawn with serious expression on his face.

Next we have some images of Jack and Skye together.

I wanted to include this picture, because it’s just about the only one I’ve seen that accurately depicts Skye as an arctic-fox vixen

And finally, that’s CAPTAIN Jack Savage, if you please.

Bonus pic:  There can be only ONE First fox-and-bunny couple in this town! 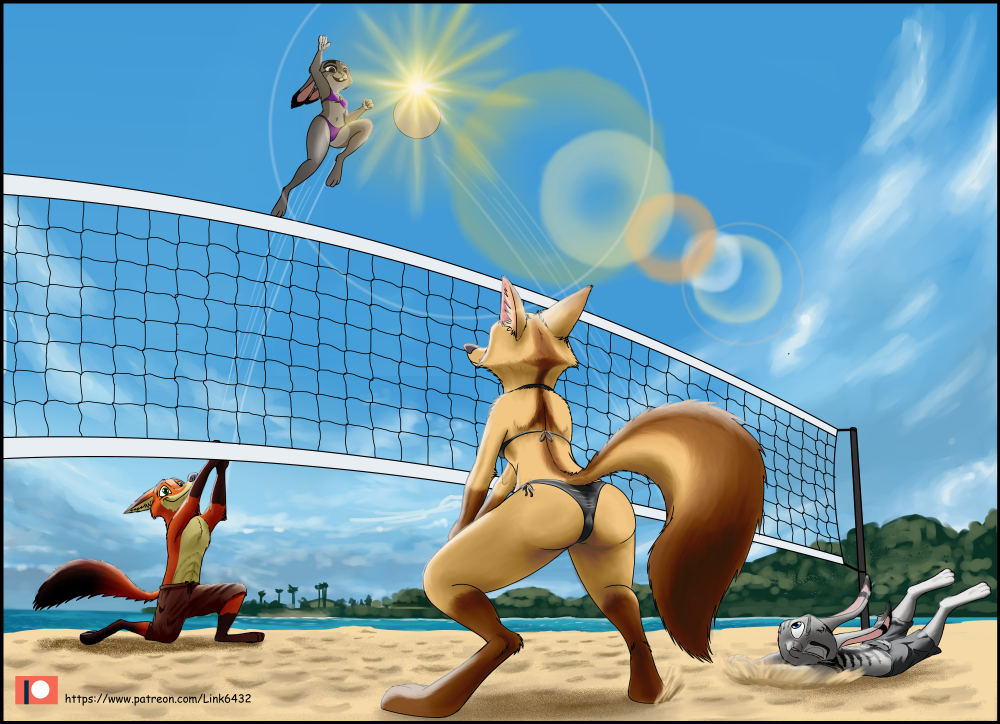 Vacations: Volleyball in the beach by Link6432
Source [37}