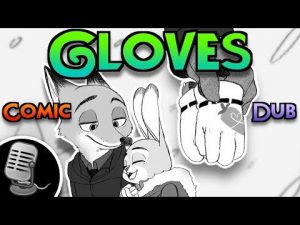 Here’s something that’s a bit… “cool” – a comic dub with some great Ginnifer Goodwin and Jason Bateman impressions from Cas VoiceActs and MickelPickelVoiceActs. In it, Judy and Nick are searching for clues during the winter, but it’s cold! Nick leaves to get something, but what could it be? Spoiler alert: cuteness happens. Lots and lots of cuteness.

On a side note, it looks like the artist who made original comic this video was based on, Nayuta Shironaga no longer has his Twitter account active, but you can check out our post where we translated and featured the comic!