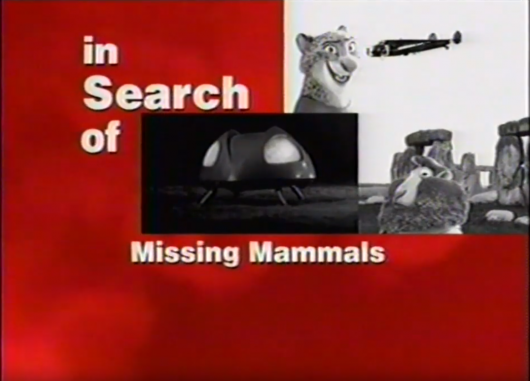 By: Gabriel LaVedier
Mystery. Conspiracy. Vast unsolved enigmas and phenomena that plague our world. These are tales of these strange unknowns, brought to you by your television provider.
Ah, what a fun bit of nostalgia… despite it being from almost two decades before I was born. But anyone who grew up fascinated by UFOs or anything that would get you a job interview as a ghostbuster would be familiar with at least the inspiration for the original program.
Following three TV documentaries based on the writings of Eric von Däniken and others, Alan Landsburg (amusingly “Zootopianized” as Alan Lambsburg) created “In Search Of…” to sift through strange happenings and history.
This video edit job by Furry.Today takes real audio from, presumably, an old VHS tape and puts on edited images and clips from Zootopia, along with a few original title cards and a faithful credit edit, to give the real feel of that show. From the dulcet, silky tones of the inimitable Leonard Nimoy to the low screen res and VHS scanlines, it’s a masterpiece of editing, really giving a sense of age. This just IS some Zootopian’s tape from the ’70s socked away in a closet.
Bonus points for the short clip of Judy Hopps as the star of “Police Woman”, the good choice of finding a lineup that kept on theme with an animal name, and an entire title card that used the real WRBT voiceover to promote the fictional West Bunnyburrow station. It’s the attention to detail and really sells it. Enjoy the borrowed nostalgia and the silly crew names.