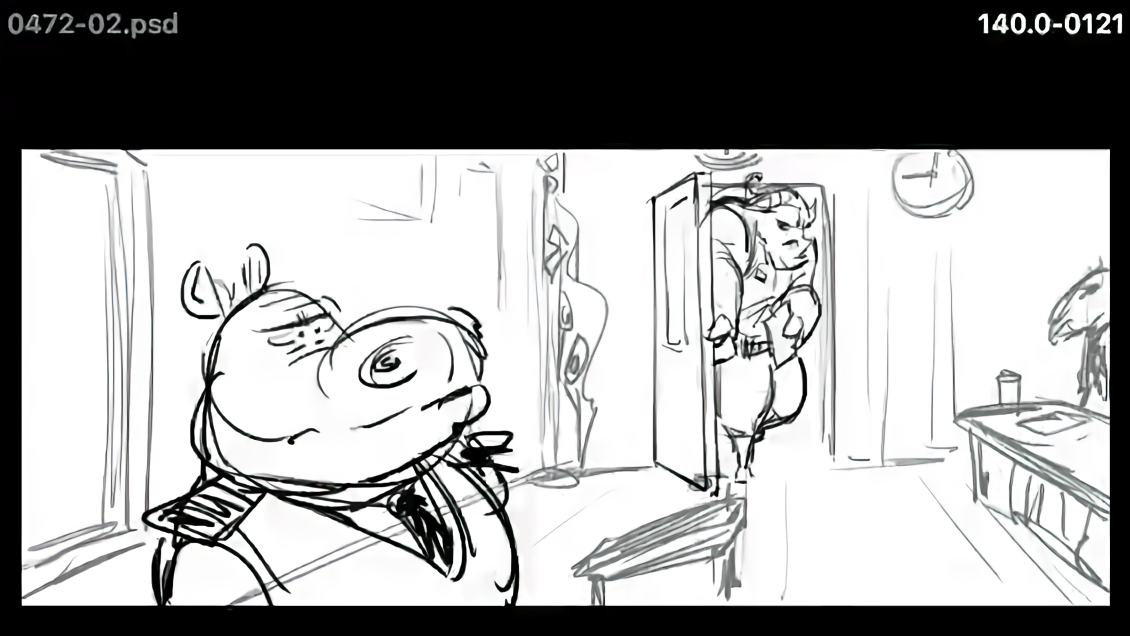 I really like it when Disney keeps bringing up more Zootopia stuff! Even after 3 years since its release, Disney still has more to show us, and hopefully they continue to do so until a sequel comes up.

Disney Animation Studios continues to show more and more Zootopia over the course of 3 years. Even though they may not completely showcase or feature Zootopia, it’s still great that it’s receiving attention through their tweets.

Here, Disney Animation Studios over at Twitter showcases Raconteur, which helps the artists in the storyboard process, and with this, they show storyboards of the bullpen scene in Zootopia.

The storyboards were created by Marc Smith, and it’s pretty neat to see how everything unfolded from just a couple of sketches to the big screen.

To help with the storyboarding process, the Production Technology Team developed a tool called Raconteur. Artists can translate the written text of a script into sequences of sketches to help bring the story to life. #TechTuesday 🎨: Storyboards by Marc Smith pic.twitter.com/21W8D15mJ9