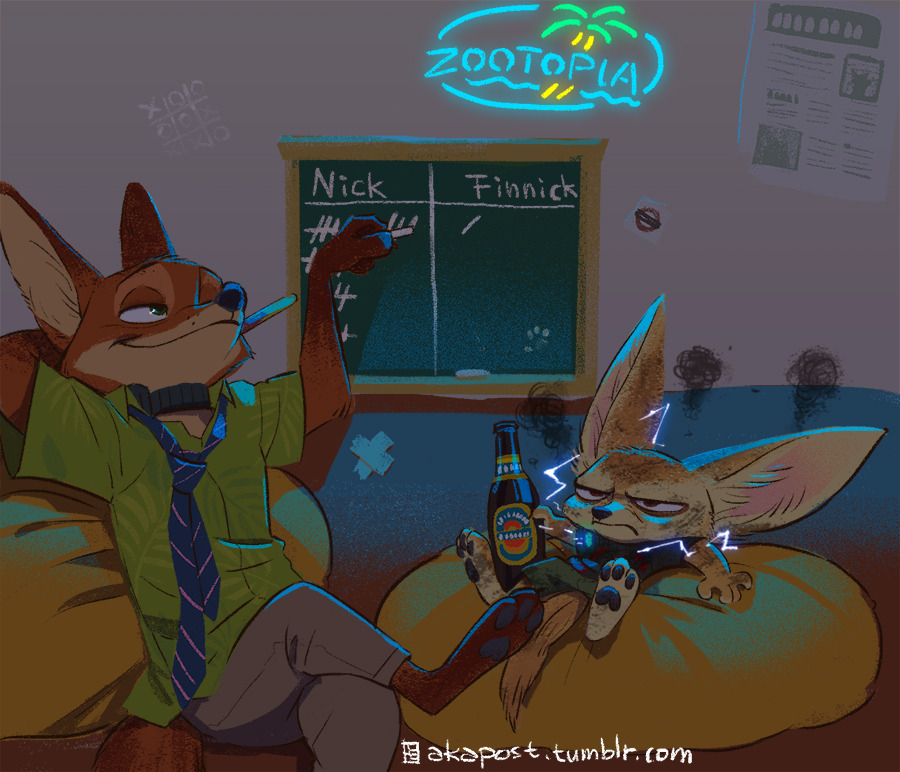 Superheroes: Zootopia edition! Except this one ain’t some crossover with an existing superhero franchise or even an AU where the characters assume the roles of beloved superheroes of yore. Instead, Untraveled cooks up a tale in which every denizen of Zootopia has some kind of special ability — including Nick Wilde, who just got out of jail, and Finnick, who’s the first mammal he sees when he gets out. What ensues is an enjoyable story that delves into the powers each character as while unfolding a plot in which some mammals — such as one Judy Hopps — use their abilities for good against those who might consider the opposite path. Rated M for language/violence. ~YFWE

Description: Set in a world where every mammal has super powers. Nick Wilde is released from prison after 15 years. Branded a criminal and terrorist and bound by a red collar called a “Kill Switch,” the fox tries to piece together his life. His world is turned sideways once again when a friend is murdered and displayed on the steps of the Hero Association, where the killer left Nick a message.

Archive of Our Own

Additional tags: not every hero wears a cape haha get it because a lot of them are just plain ordinary mammals also remember what edna mode said about capes???