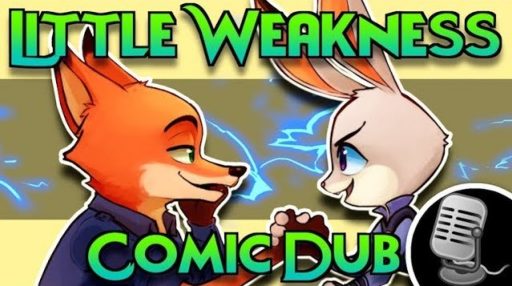 Beside blueberries, I think we just found another one of Nick’s weaknesses! This one isn’t surprising, though, but it’s extremely adorable, and maybe Judy’s weakness is Nick ;).
Cas VoiceActs is back at it again with another voice dub, this time around with a little arm-wrestling match between the power duo, Nick Wilde and Judy Hopps!Judy has an ace up her sleeve and isn’t afraid to use it.

Kudos to Bukoya-Star as well for an amazing comic to go along with such a great voice dub.

Check out the intense battle right after the break!