This album got its start when a new member joined the ZNN translation staff, HarrytheStampy/ Pudong, our Chinese language specialist.

Harry, who hails from Hong Kong, soon made me aware of the trove of Zootopia fanart created by some Chinese artists. Many of these, such as the cover pic of Nick with Judy in Mandarin robes, were absolutely breathtaking.

And so we present for your appreciation, a collection of Zootopia fanart in classical Chinese settings. Enjoy, and don’t forget to show the original artists some love by clicking on the source links. (And many thanks, Harry.)

Artwork to celebrate the 2017 Chinese New Year  (the Year of the Rabbit)
(Comments by the original artist.)
《Bao Qing Tian(包青天)》is a classic Chinese TV series in the 1990s,telling the story of Bao Zheng(包拯)–the most memorable mayor and judge in Song Dynasty–punishing crimes and preserving social justice with his subordinates and paladin friends, as well as finally being called 包青天(Bao Qing Tian,Bao the pure-blue heaven) by the nation throughout history.
Here Benjamin Clawhauser becomes Bao Qing Tian（but only a supporting actor this time, unfortunately). Judy becomes 御猫 展昭（Zhan Zhao the royal cat), Bao’s most trusted constable and guard. Nick becomes 锦毛鼠 白玉堂（Bai Yutang the brocade-fur rat), a righteous rogue swordsman
Though Zhan and Bai are police and rogue,they are friends indeed (and even regarded as BL couples by some nowadays, lol), just as Nick & Judy are.
You have to kind of wonder how they ever took THIS guy down
Nick and Judy in a traditional Chinese artwork style
And in traditional Chinese costume
It figures that Judy would be the yin to Nick’s yang.
The Song Dynasty lasted from 960 to 1279 AD. To put that in perspective, the Battle of Hastings, the First, Second and Third Crusades and the signing of the Magna Carta all took place during this period. (Oh, and also the adventures of Robin Hood.)
Nick, in Chinese battle dress, takes tea with Judy.
Finnick doing Chinese calligraphy.  Somehow, I never pictured him as having the patience for this activity
A scene from Chinese mythology, Zootopified
Beware the fennec assassin!
We had to include at least one Kung Fu Panda crossover pic.  (Skadoosh.)
Another lovely image of Judy in traditional Chinese dress
Happy New Year
Nick and Judy as a pair of martial arts movie heroes
The following two pictures are production stills from an animated film in honor of the Dragon Boat Races
This picture has already been featured in several other albums, but it’s such a lovely image, we’re including it here as well
Nick marches in a Chinese lantern parade with a image of Judy, artwork created by Byron Howard while on a promotional tour of China.
Yes, I know, this was taken from a video game, but it’s still a great piece of artwork
I wanted to include at least one picture of Judy in the thigh-slit dress known as the Cheongsam, another Chinese creation.
We conclude with a picture of Judy in Chinese spirit form 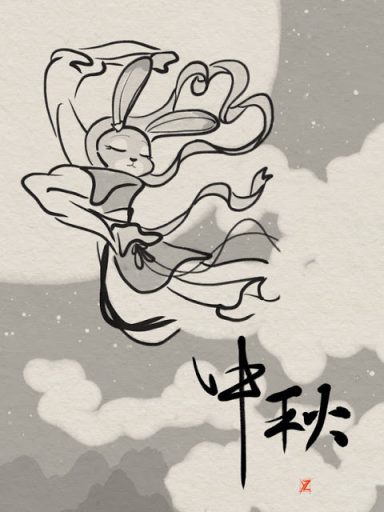