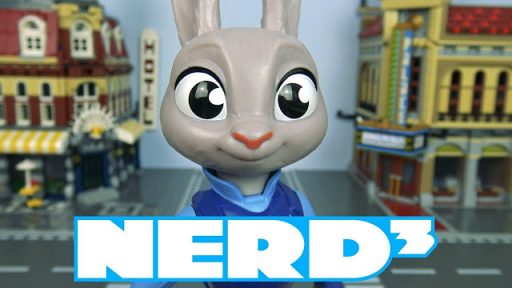 I actually have the Nick Wilde figurine, and I’m actually planning to buy this Judy Hopps figurine some time during the summer!


HELLO PROCRASTINATORS!!!  …even though he dropped that catchphrase a while ago…
NerdCubed, an incredibly popular Youtuber who does lots and lots of video game related content, has another channel called OfficiallyNerdCubed, which he uses for un-boxing various toys- mostly Lego.  Well, now he’s un-boxed the Judy Hopps figurine! While he unboxes the figurine he also compares other Judy-related products from a different figurine altogether, to a mini-judy! And hopefully in the future, he’ll make another one, but for Nick Wilde!
Check out the full video right after the break!